Outlining: one writer’s approach
A project in progress: translating “La Patissière des...
Pulling The Lever
Weird bread
Peter’s Isolation Goulasch
Business As (un)Usual
Not Really Hungarian Pork Chops
At the Ebooks Direct store: everything 50% off...
Playing with Terragen: the Jungfrau Massif
At the Ebooks Direct “office”: A chance meeting
CrossingsCon 2021: We’ve got dates!
Handling Twitter
2020 Hugo Nomination Eligibility: the Tale of the...
From the (theoretically forthcoming) CUISINES AND FOODS OF...
From the Winter Solstice, 2009: “Dancing in the...
Crossing the streams
Uncategorized

Something you might not know about Dorothy L. Sayers 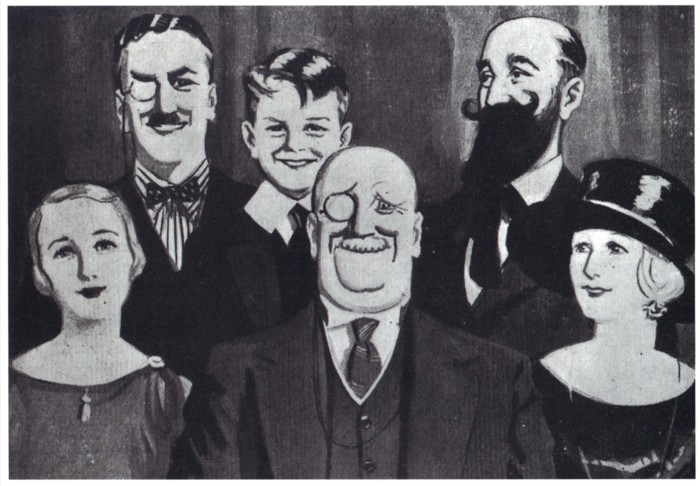 Poet, novelist, playwright, translator, essayist, Holmesian: there is a lot to know (and like) about Dorothy L. Sayers. This I didn’t know, though: her first writing that made a real splash was part of her early career as an advertising copywriter for the London advertising agency of S.H. Benson*. And in this mode she was possibly one of the first participants in a campaign of guerrilla advertising, and one of the earliest examples of an integrated advertising campaign. It ran for seven years — which is a good long time for any ad campaign, then or now — and worked its way deep into the fabric of UK popular culture of the last century.

It started when mysterious posters began to appear inside and outside London buses and then in buses and on advertising hoardings elsewhere around the country. These posters said, simply, “Has Father joined the Mustard Club?” Mystified, people started talking about them. Gradually other aspects of the campaign began to emerge: newspaper ads and magazine articles about the Mustard Club and its members. 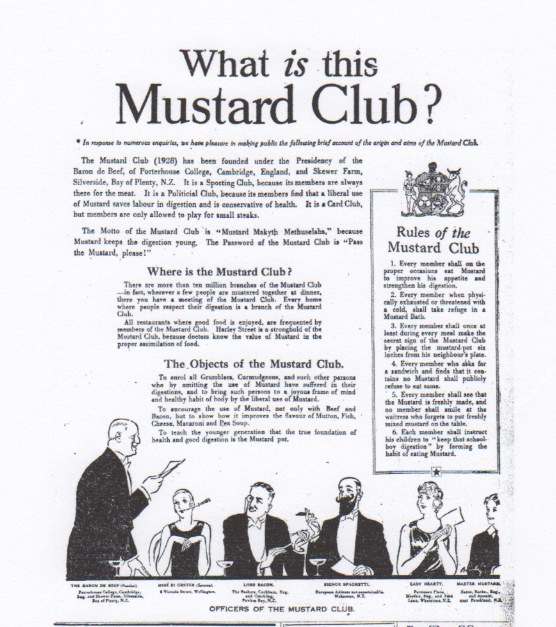 There was a club newsletter you could subscribe to (apparently Sayers wrote this as well) and club badges that you could send for. By the time the club closed in 1933, half a million of these had been sent out: in mid-campaign there was an office staff of ten people who did nothing but handle the two thousand badge-requests that came in each week. There was a recipe book for which Sayers did the writing (still on sale at Colman’s Mustard Shop and Museum in Norwich: though original editions are still to be found, and must be fairly collectible, to judge by the prices…). There were even spoof newsreels about the doings of the club, and numerous marketing spinoffs — among them playing cards and (no surprise) mustard pots. All through the campaign, a lot of care was taken to make the club seem real, even if (as our copy of A Dash of Mustard

says) the ads themselves were “just clever nonsense”. The whole point was that they kept the product, Colman’s Mustard, in the forefront of people’s minds. And Sayers’ droll and witty concepts and writing were at the heart of it.

…So that’s today’s Thing I Didn’t Know About. The only problem with doing this particular kind of research is that it’s now made me hungry for something I can put mustard on. (sigh) A good thing it’s lunchtime…

*It turns out she was also responsible for the tremendously popular Guinness “Zoo” ads, with art by Gilroy (who was working for the same London ad agency), and wrote the well-known poem for the Guinness Toucan: 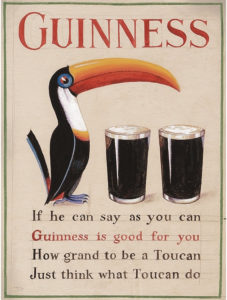 If he can say as you can

“Guinness is good for you”,

How grand to be a toucan —

Just think what Toucan do!

In the “Something’s A Bit Wrong With This...

lileks: “Fargin’ Unicorns get adopted by the Gays,...

OK, this works nicely. If you use IFTTT...

Last test. (Just trying to figure out a...

Another test. I’ll be done with these soon,...