Forbes: not a bad way to start the day

I wouldn’t say that Forbes would be daily reading for me, but when Google tells me I’ve been namechecked there, I pay attention. Here’s the article:

…Granted, I’m still trying to figure out how to make the money machine part work. But it’s nice to be mentioned in the same breath as Bujold and Moffat.

I’ve got a question, and I’m throwing it open to the general readership because answering it at the moment is beyond my competence.

The Young Wizards series often gets compared to other YA series, past and present — sometimes with good reason and sometimes not. The most frequent comparison is to Harry Potter, as some of you will guess, though it always makes me laugh when this happens, as it’s hard to imagine two series that are less alike except for the fact that they both contain young wizards.

Anyway, something new and different has come up for consideration lately. In the YW books, there’s a running joke that’s been going on for a while about blue food. Kit Rodriguez has something of a pig-out on it at the Crossings while on the way to his and Nita Callahan’s excursus / “exchange student” holiday on Alaalu in book 7 of the series, Wizard’s Holiday. In subsequent books the issue resurfaces a number of times, often as a joke, sometimes just in the form of another wizard teasing Kit about this repeatedly-indulged tendency.

Recently, though, somebody brought it to my attention that Percy Jackson in Rick Riordan’s books also has a blue-food thing going on. Apparently the reasons behind this haven’t been dealt with in canon, though it is apparently stated there that Percy’s mom will make blue cake, or other desserts, for him on occasion*.

Now I’m assuming it’s some kind of obscure parallel development. (I know that George Carlin had a riff he did on blue food: whether I internalized that and it then popped out to be played with, I have no idea. And even less idea in Riordan’s case.)

That said: Wizard’s Holiday was published in 2003. I have no idea when this trope started turning up in the Percy Jackson books. Does anybody who’s a fan of the Riordan books know when the blue-food thing first appears? I’d be glad to satisfy my curiosity about this.

*Disclosure, if needed: To date I haven’t read any of Rick Riordan’s books. It’s not that I have anything against them: it’s just that this hasn’t been a priority. I have  seen the films, though, and enjoyed them. 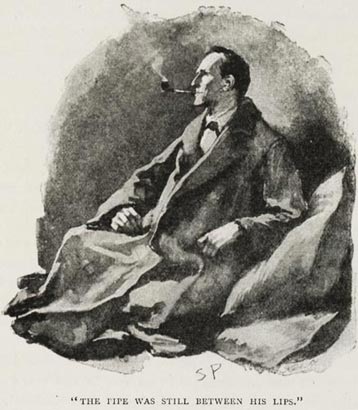 Your creator was the first person I consciously took as a tutor in the art of structuring fiction. I didn’t do it because I loved him. I did it because I loved you… and because the way he handled you made you more real than a lot of the (allegedly) real things in my world.

You were the first fictional person to really change my life, and I’ve never forgotten it. Your incisive-yet-benevolent presence has been hanging over my work for a long, long time. I have repeatedly taken your name “in vain” both covertly and in the clear while writing for some of the world’s larger fictional franchises, and (because there’s no way I can keep you out of other things I love) in worlds of my own. And I doubt this is likely to stop.

I think it was Jorge Luis Borges who said some years back that there are only three fictional characters who’re universally known. Of the three he cites, Tarzan has slipped a lot of late, and even Superman has been struggling a bit. But you just keep going from strength to strength, adding dimension with every new iteration. That’s a tough row to hoe, with fiction being the essentially ephemeral art form it is. So few stories, regardless of the passion poured into their creation, will last more than a few handfuls of generations. An Iliad here, a Nibelungenlied there, and precious few more, survive to be retold repeatedly in every century after they manifest themselves. But your story, though young yet as such things go, is showing signs of real staying power. It’ll be interesting to see where you are in a few centuries more.

Meanwhile, I raise a glass to you today, old friend — and inevitably also to the companion who’s always by your side, without whom you wouldn’t be who you are — and think of the streets of the great Metropolis where the two of you can always be found walking together: unstoppable Reason and unshakeable Fidelity, inseparable in search of Truth and (if sometimes only secondarily) in defense of the Right. This is a better world with the two of you in it, even if only in the realms of the imagination — for they inevitably spill over into what passes for the Real, to all our benefit.

So… many happy returns of the day, my dear Holmes. Many.