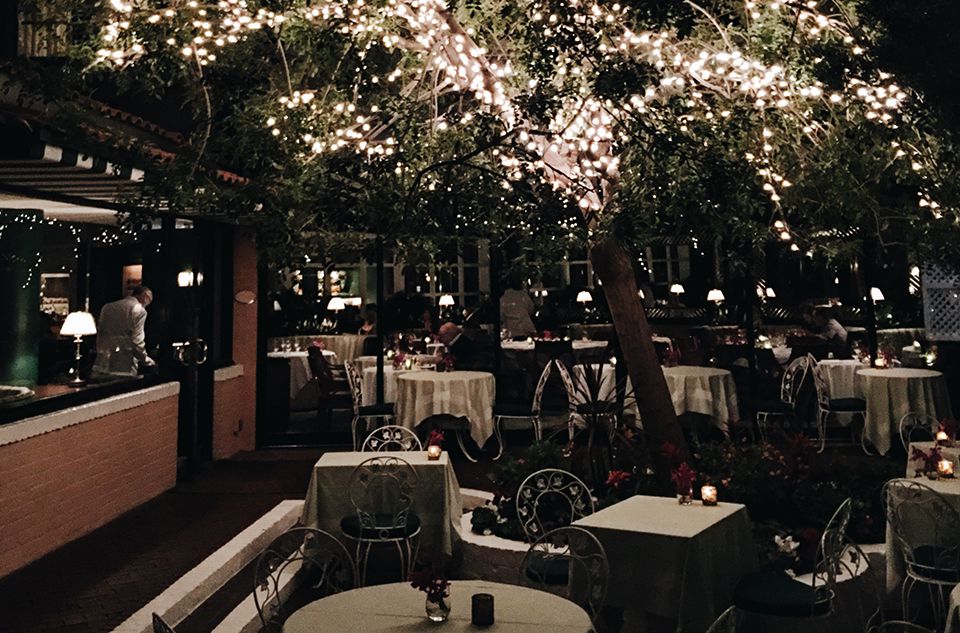 So now I’m in LA. Last night I felt strangely as if I was in a Randy Newman video, as all the familiar sights poured by the cab on the way from the airport. (Though last night, since my mood was a little somber at being on the wrong continent on Peter’s birthday, maybe the appropriate piece of music to invoke would have been something by Billy Joel: a touch more wistful. And with the coasts changed. “I’m in an LA state of mind….” …and the white and red lights pouring down out of the Sepulveda Pass as the cab took the Wilshire exit off the 405. How many of you recognized that long curve of light in the dark from the UK edition of Door into Fire?…)

Quick retrospective: The return to NY (and to the Regency) for a couple of days was highlighted by Kevin behind the front desk, who asked how Beemer was doing (he remembered her from our mention of her on our last visit). I gave him the blog’s URL…and shortly thereafter was surprised by a call from the banqueting manager, who said that he understood (from the previous blog entry) that I liked pretzels…and sent me up a huge bowlful. This is why we keep staying at the Regency. Thank you, guys! See you next week… (And to further clarify: The Regency really is much better, in my opinion, than the L’Enfant Plaza. The Regency is in the middle of a neighborhood: the L’Enfant Plaza, handsome and plush as it is, is in the middle of a huge office block/development, too removed from the bustle of town life for my tastes. Add to this that the Regency has that comfy, residential-hotel feeling in its bones…and there’s no contest.) (This stuff will of course only have been of interest to those of you who find themselves in hotels a lot on business. The other really good thing about the Regency, of course: broadband!! (There’s a whole area of a General Geekery site devoted to this. I’ll dig up the URL momentarily.)

Now then: LA. The cool thing about the angling going on right now among various production entities as regards the Young Wizards books is that the ante of how the writer is treated has been, shall we say, raised a little. So now I find myself staying in — get this — the Beverly Hills Hotel.

“It reeks of money,” says one of the characters in James McCourt’s Mawrdew Cgzocgwz, “a scent which I do not despise.” Well, no. Neither did Dickens, and neither did Twain, so I suppose a writer is still allowed to think about money, and the places to which it inheres, somewhat. This one’s kind of nice.

Strangely, too, I find that the rooms aren’t overpriced for what you get. There’s good value for money to be had here: surprisingly so. The big garden-terrace bedroom I’ve been plunked down in compares favorably with some mid-to-high-end hotels in Manhattan, but is a time and a half as big for slightly less money, and the bar on the “luxe level” has been considerably raised. (Pace to our buddies and associates at the Regency: there’s a lot more room for LA hotel “real estate” to spread out in than there is in Manhattan.) Here I have a shower as big as my bathroom at home, a bathroom as big as my living room, and a bedroom/living area the size of the whole lower floor of my house…along with a private dining area on the upper level of the terrace, and a lounge area on the lower level. As one of my editors would say, “Sweet.” Philips flat-screen TV (the baby brother of the one P. and I have at home), stereo CD/DVD/all the rest of it, various other amenities…I could get used to this.

And you know what? A double at Motel 6 would be better, as long as it had Peter in it. Does this sound ridiculously maudlin? I don’t care. I miss him. It’s his birthday, and I’m here, and he’s there. ARRRRRGGHHHH! And I miss the cats too. I was listening to some people at the next table talking about their kitty’s diet problems and I was instantly homesick for Beemer. Ai, alas!

That said, there’s no moral virtue in refusing to enjoy the brier patch into which cruel Fate has thrown me. I will therefore sit here in the Polo Lounge and blog. And damn’d be he that first cries Hold, enough! (Actually, a lot of the people here are staring in poorly-disguised tech lust at Ryoh-Ohki, which suits me fine. Technogeeks Rule!)

Believe it or not, brunch here features a mariachi band. This strikes me as so wildly out of character for the place that I can’t wait to see it.

In the Beverly Hills Hotel: the Polo Lounge

I’ve been thinking about a Patreon. What do...

If You Knew Fiuggi (or: Deepcon XIII, March...