In just a couple of weeks... 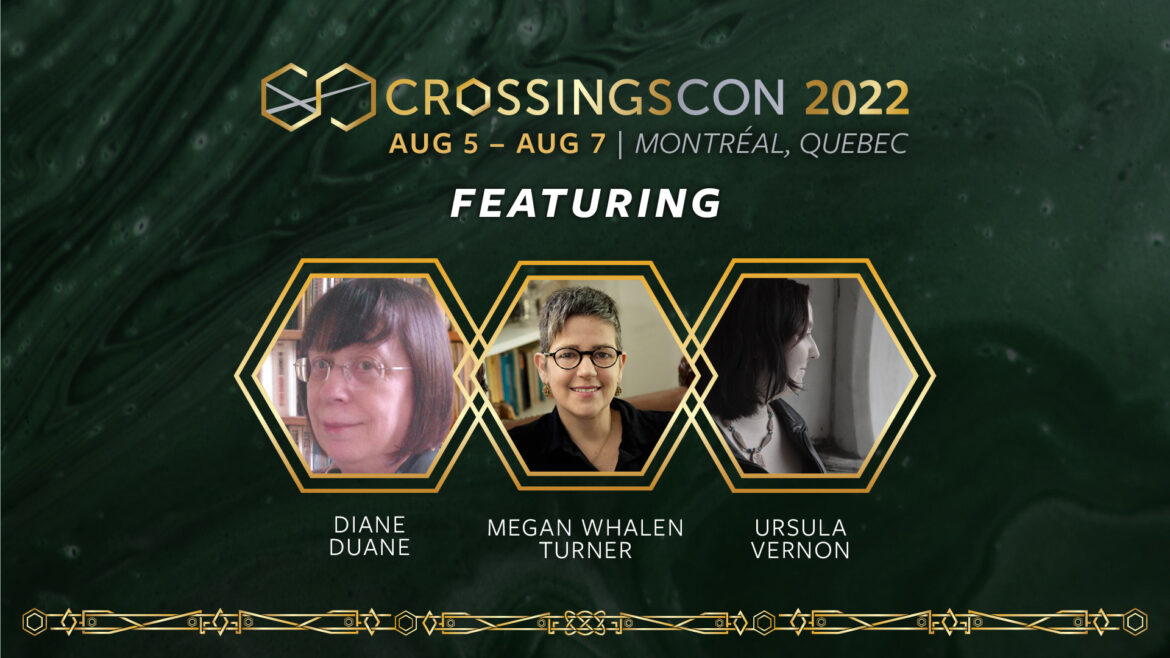 It’ll all be happening in Montréal! I’m one of three guests—alone with Megan Whalen Turner and Ursula Vernon—at this very cozy, intimate and exclusive gathering of cousins and associated others.

My only (and huge) annoyance is that this time—despite all my best hopes—I can’t be there. Or at least not physically.

Pesky physicality, unfortunately, is at the root of the problem—one that’s been making my life more than difficult since the turn of the year. Since early in January ’22 I’ve been struggling with a medical issue that repeatedly manifests as significant abdominal and pelvic pain, and has sometimes left me bedridden and/or immobile for days at a time. (Forgive me for not getting into more detail: I have no desire to inflict TMI on everybody.)

We don’t yet have a diagnosis, though at least after the last month’s investigations there are fewer possible causes on the list than there were in earlier months (and let me emphasize that this presently shows no signs of being life-threatening… just really uncomfortable and disruptive to work and life in general). Diagnostic procedures have been scheduled (and along with almost everybody else in Ireland, I’m on a waiting list for them. Our health service is under exactly the kind of pressure you might expect after two-plus years of COVID, especially with a new surge presently in progress). But for the meantime, my doctor has told me in no uncertain terms that I’m not to attempt to travel more than an hour away from home, and emphatically not to attempt to fly anywhere. Essentially, I’m grounded.

Fortunately the wonders of modern technology mean this doesn’t mean I won’t be there. I’ll be on a fair bit of programming, and the CrossingsCon staff and I are working on some events and features that wouldn’t previously have been on the cards. I’ll be pointing to the published schedule here in days to come, and adding extra detail where I can. Meanwhile, I’m really looking forward to seeing what my fabulous co-guests Megan and Ursula get up to on their program items (and looking forward just as hard to the panels and so forth I’ll be sharing with them).

Just two weeks now! And I’m really looking forward to seeing everybody there.