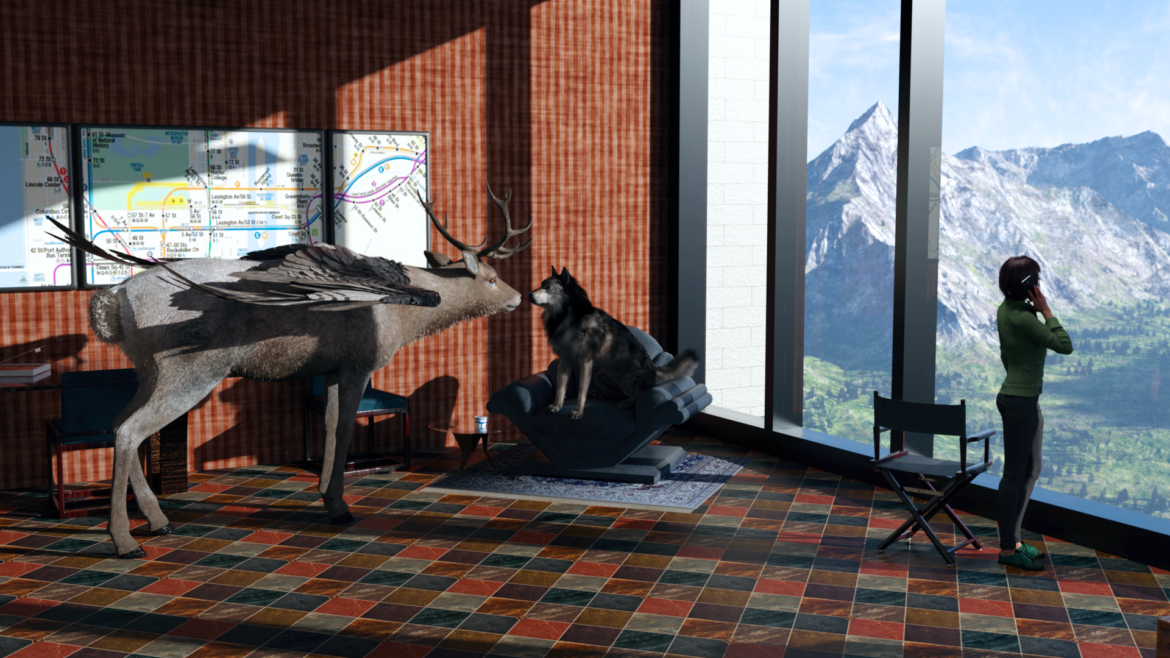 (I’ve copied this post over here from its original location at Tumblr for those who’re not wild about visiting there and having to deal with their data permissions.)

A question from one of my Tumblr followers:

I stole it from Jorge Luis Borges, as everyone else has. (And then tinkered with the concept to suit myself: just as Borges did.)

Borges’ The Book of Imaginary Beings was published in the late 1960s, initially in Spanish in 1967 and then in an English translation in 1969 (my copy is the Discus/Avon paperback published that year). It is a compendium/collection of twenty or so of Borges’ short fictional works for The New Yorker, and at least as many more short works either written specifically for the collection or published elsewhere without being cited in the book. Now, though a lot of people have taken the title of this book at its face value, assuming that it’s a reference to earlier mythological or fantastic creatures, it’s sometimes not. Some of the creatures in it show signs of being Borges’s inventions, despite being attributed to other sources, and the peryton to my eye is the most obvious of these.

It doesn’t hurt to remember that Borges as a writer is tremendously playful and quite often hilariously subversive. In TBIB he’s very careful with his cites when he needs to be — his entries on “An Animal Imagined By Kafka”, “An Animal Imagined by C. S. Lewis”, “A Crossbreed”, and “The Odradek”, all carefully cite their sources and permissions in the front matter. Some other works that were apparently out of copyright he identifies without citing in the front matter (such as the wonderfully titled Fearsome Creatures of the Lumberwoods, With A Few Desert and Mountain Beasts, which is now available online!). And ancient out-of-copyright resources he obviously doesn’t need to cite in too great a detail if he doesn’t want to. Which allows him to lull the reader into a false sense of security, and in some other articles, like the one about the peryton, leaves you susceptible to having the wool gently and carefully pulled over your eyes.

The Sibyl of Erythraea, it is said, foretold that the City of Rome would finally be destroyed by the Perytons. In the year A.D. 642 the record of the Sibyl’s prophecies was consumed in the great conflagration of Alexandria: the grammarians who undertook the task of restoring certain charred fragments of the nine volumes apparently never came upon the special prophecy concerning the fate of Rome.

…Now here we already have a problem: indeed two of them. First of all, Borges has just signalled the incoming wool-pulling by using the inevitably suspicious “It is said…” construction in the very first sentence. And secondly — regardless of whether there were copies of the Sibylline Books in the great Library of Alexandria or not — Borges has now told us twice that he’s pulling our legs by giving the number of those books as nine. The best-known legend about these is quite clear: six of these books were burned by the Sibyl herself before King Tarquin realized he’d better buy however many books remained at whatever price she was asking. And then the remaining three were destroyed by fire in the Temple of Jupiter on the Capitoline Hill in 83 BC. So subtle and careful a scholar as Borges does not make such “mistakes” by accident.

So, having been doubly warned by the writer that we are now in the Classical Fibbing Department, we get the following.

In time it was deemed necessary to find a source that would throw greater light upon this dimly remembered tradition. After many vicissitudes it was learned that in the sixteenth century a rabbi from Fez (in all likelihood Jakob ben Chaim) had left behind a historical treatise in which he quoted the now lost work of a Greek scholiast, which included certain historical facts about the Perytons obviously taken from the oracles before the Library of Alexandria was burned by Omar. The name of the learned Greek has not come down to us, but his fragments run:

The Perytons had their original dwelling in Atlantis and are half deer, half bird. They have the deer’s head and legs. As for its body, it is perfectly avian, with corresponding wings and plumage.

Its strangest trait is that, when the sun strikes it, instead of casting a shadow of its own body, it casts the shadow of a man. From this, some conclude that the Perytons are the spirits of wayfarers who have died far from their homes and from the care of their gods…

…they [Perytons] are mortal foes of the human race; when they succeed in killing a man, their shadow is that of their own body and they win back the favor of their gods.

More about them follows, but what interested me first when I read this passage was the twin issue of the creature that does not cast its own shadow (something I’ve since used elsewhere) and the part about the souls of wayfarers who die out of reach of their own gods. In the back of my mind those two concepts started running themselves together into the idea of creatures which had been human once, at least in spirit, but had taken a wrong turn somewhere — into the Lone Power’s service, specifically — and were trapped there, possibly also tormented by the idea that if they killed a human being then that human’s spirit would be forced to take their place in bondage. (Though I don’t believe this particular idea made it through into the final text of SYWTBAW: it was enough that the mere sight or smell of a human [and human spirit] not in bondage would so enrage them that they would try to kill the person on sight.)

I thought about this for a while, and the general idea seemed to have merit. But it seemed to me that nobody was going to be particularly scared of some weird unfamiliar cross between a deer and a bird. Quickly enough, though, the answer suggested itself as the sequence started to form up in my head of Nita and Kit being attacked by the LP-on-nasty-horseback as based on the Grant statue on Central Park South. Almost immediately the Wild Hunt archetype jumped up and started waving its arms shouting “Me, pick me…!” and after that it was simple: for a hunt you need hounds. Except not hounds: wolves. Big wolves. With angry hating human spirits inside them.

By way of acknowledging the debt to Borges, I kept the name for the new fusion. (Also because it had the virtue of being unfamiliar to nearly everybody. TBIB had only been out for about ten years at that point, and was still a bit of a specialist text). And there you have them: perytons, sort of mark II.

That was 1983. Since then numerous sources, often associated with card or RPG gaming, have picked up on perytons in the Borgesian sense, and scattered around the Web are various pictures of stags with wings stuck on them. These make it plain to me that almost nobody has read Borges’ text… though many know about it, more or less, from the Wikipedia page, which does not cite the pertinent details. …Meanwhile others have been discussing where Borges got the word peryton (my guess is he coined it) and other issues.

So there you have it. Nothing’s ever simple, is it?  🙂