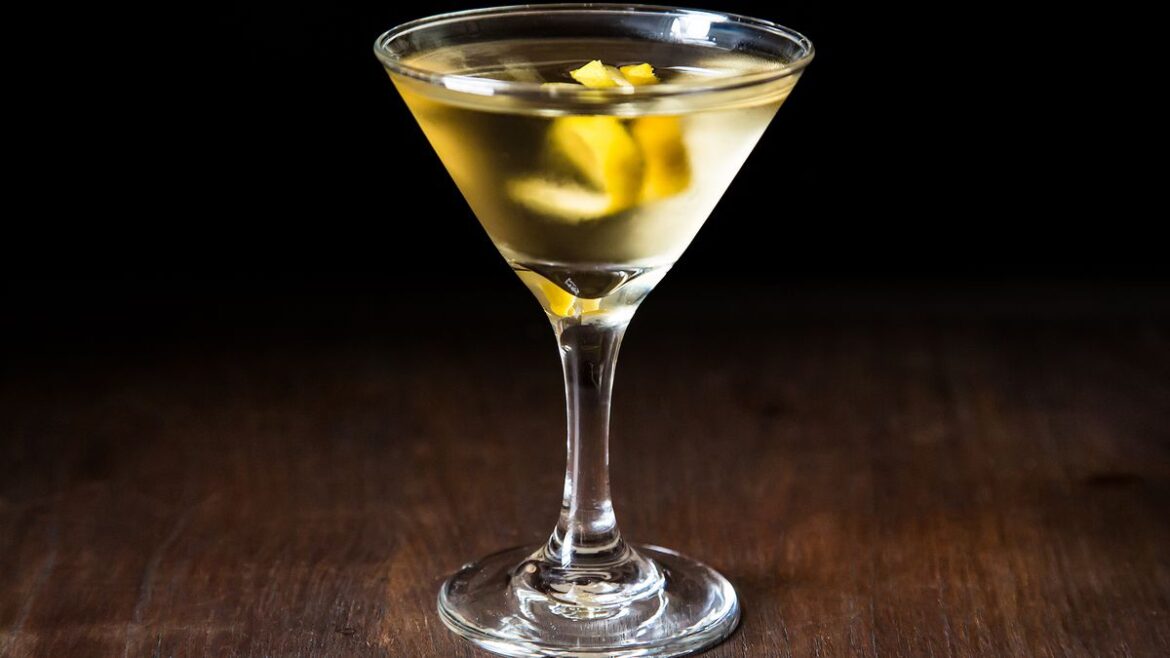 Everybody gets all hot under the collar about the composition and mixology details of James Bond’s (usually) favorite mixed drink. But one piece of Bondian lore about the drink that gets lost a lot of the time is the story of how Bond got (indirectly) schooled on how not to be cheated on his Martinis.

The source of the brief but memorable rant (in Ian Fleming’s novel Thunderball) is the indefatigible Felix Leiter, whom we must assume went around the block in the CIA’s service any number of times before he ran into Bond. At one point or another he and Bond stop into a bar for some refreshment, and when the Martinis arrive, Leiter is so annoyed that he sends for the barman to remonstrate with him.

The Martinis arrived. Leiter took one look at them and told the waiter to send over the barman. When the barman came, looking resentful, Leiter said, “My friend, I asked for a Martini and not a soused olive.” He picked the olive out of the glass with the cocktail stick. The glass, that had been three-quarters full, was now half full. Leiter said mildly, “This was being done to me while the only drink you knew was milk. I’d learned the basic economics of your business by the time you’d graduated to Coca-Cola. One bottle of Gordon’s Gin contains sixteen true measures – double measures that is, the only ones I drink. Cut the gin with three ounces of water and that makes it up to twenty-two. Have a jigger glass with a big steal in the bottom and a bottle of those fat olives and you’ve got around twenty-eight measures. Bottle of gin here costs only two dollars retail, let’s say around a dollar sixty wholesale. You charge eighty cents for a Martini, one dollar sixty for two. Same price as a whole bottle of gin. And with your twenty-eight measures to the bottle, you’ve still got twenty-six left. That’s a clear profit on one bottle of gin of around twenty-one dollars. Give you a dollar for the olives and the drop of vermouth and you’ve still got twenty dollars in your pocket. Now, my friend, that’s too much profit…”

Fleming was famously careless with his research notes regarding food and drink (some authorities claim that, having sought out and been given what purported to be the perfect Martini recipe, he got it backwards when putting it in whichever book it appeared in…), but this sounds like something that either happened to Fleming in his own travels, or was something he heard about from some other source he trusted. The terse quality suggests a memory of unusual clarity. (Or notes correctly transcribed…)

Anyway, I keep misplacing this quote, so now it’s where I know I can find it…