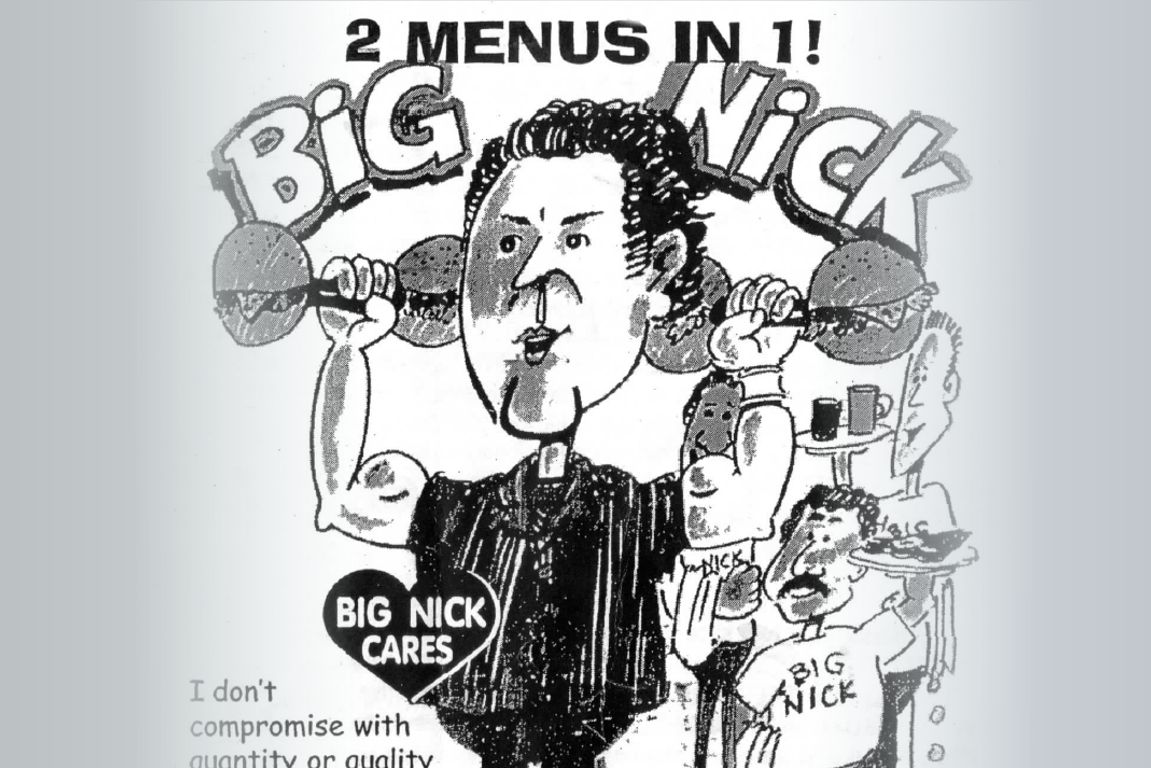 I posted about Big Nick’s a couple of weeks ago on Facebook, and having had some requests from people to see the full menu — here it is.

Looking at it now, I find it damn near impossible to understand how they produced all this food out of the tiny downstairs kitchen there. True, some of the cooking happened upstairs — the grill was on the ground floor, as was the pizza oven. Right there, by the door, was one of the snuggest spots in the place to sit, even in cold weather, and watch the world go by and the clientele come in.

Sighing as I came across the attached in some old paperwork. Big Nick’s on 77th and Broadway, the place where Peter and I would always wind up after flying into NY and collapsing jetlagged, and then waking up at 11PM or something needing food… This was the place: open 23 hours a day (officially: if you were quiet they would just close around you for that 24th hour and get on with the cleaning…).

They knew Peter and me as “Grey Fur Lady and Retsina Guy” because I had this fake chinchilla coat then; and one of the first times we came in late at night, Peter was delighted to discover that they had retsina — Nick is/was Greek, and all kinds of Greek influences were scattered about the menu. So we polished off 2 liters of retsina in short order (with the staff watching with mild concern until they saw we weren’t going to trash the joint or anything).

Big Nick’s is gone now… alas for the ravages of time: escalating rents and the economic crash killed it. But it was a wonder while it lasted. A genuine neighborhood dive, where there was always endless comfort food and always someone interesting to talk to at 3AM…

…Anyway, the menu. I’ve stored it here at our offsite storage at Box.com for those who’d like to have a look at it. It’s about 6 megabytes: 23 pages long. Enjoy!

(By the way: Big Nick’s Facebook page remains, with many images and memories from customers and friends of the house. And wow, who knew: the window into which a hungry Jon Voight stares in Midnight Cowboy is the front window of Big Nick’s, and Nick himself is there…)

What song sets the scene to this 1960's postcard at Sunset & Vine?