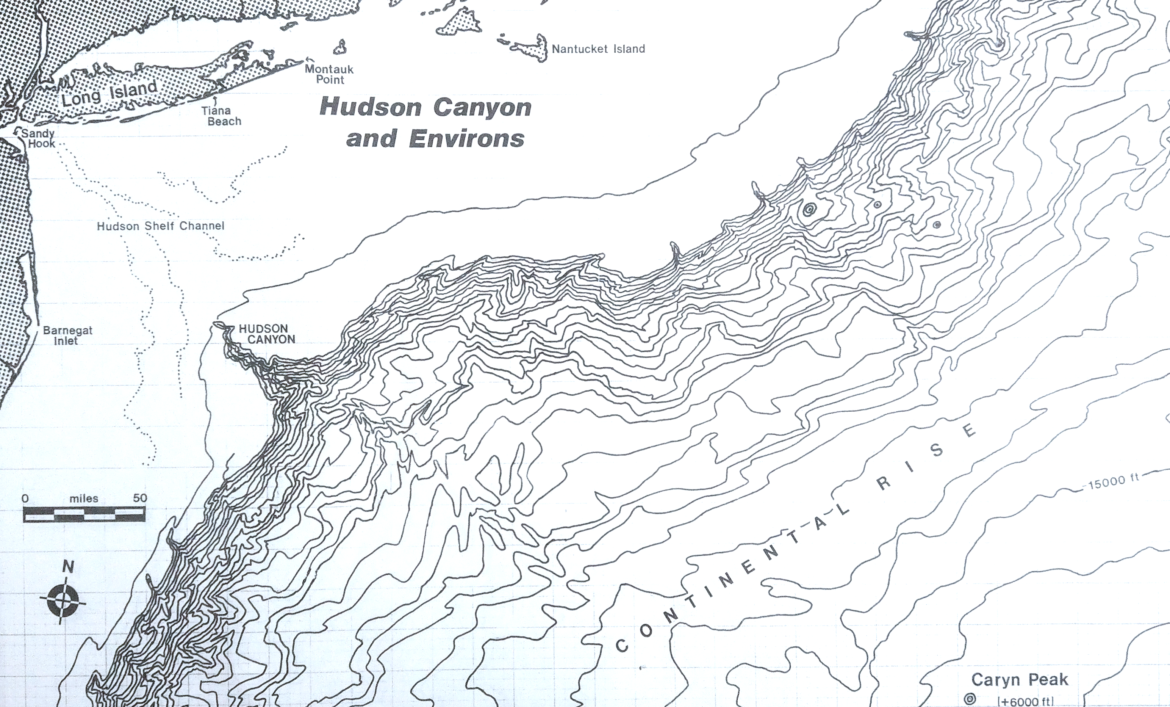 So the Washington Post tells us today that President Biden is proposing that Hudson Canyon be designated as a new national marine sanctuary — more or less the undersea equivalent of a national park.

Since this area appears prominently in Deep Wizardry, you might gather that I might be pleased by this. And yeah, I really am!

Meanwhile, this event reminded me that I really needed to dig out my DW maps (for which I still have the originals) and post copies of them to the Young Wizards website. So I’m doing that. Meanwhile, you can see them here.

The originals had to be hand-drawn because (a) there was almost no public-domain info about the deep-water terrain available from anyone but the NOAA, and (b) the only place that then had such info where I could get at it was the “main branch” of NYPL at 42nd and 5th in Manhattan, and (c) they were “stacks material” that could not be taken out of the library to be copied elsewhere. But they could be taken upstairs from the stacks to the Frederick Lewis Allen Room — the “writers’ room” that you could get into if you were lucky enough to have a contract, and they had space for you — and so there I sat and drew these (with India ink and a Cro-Quil pen. Letraset was added later on the second one).

This one was my initial “draft map” for use while working on the MS away from the library. 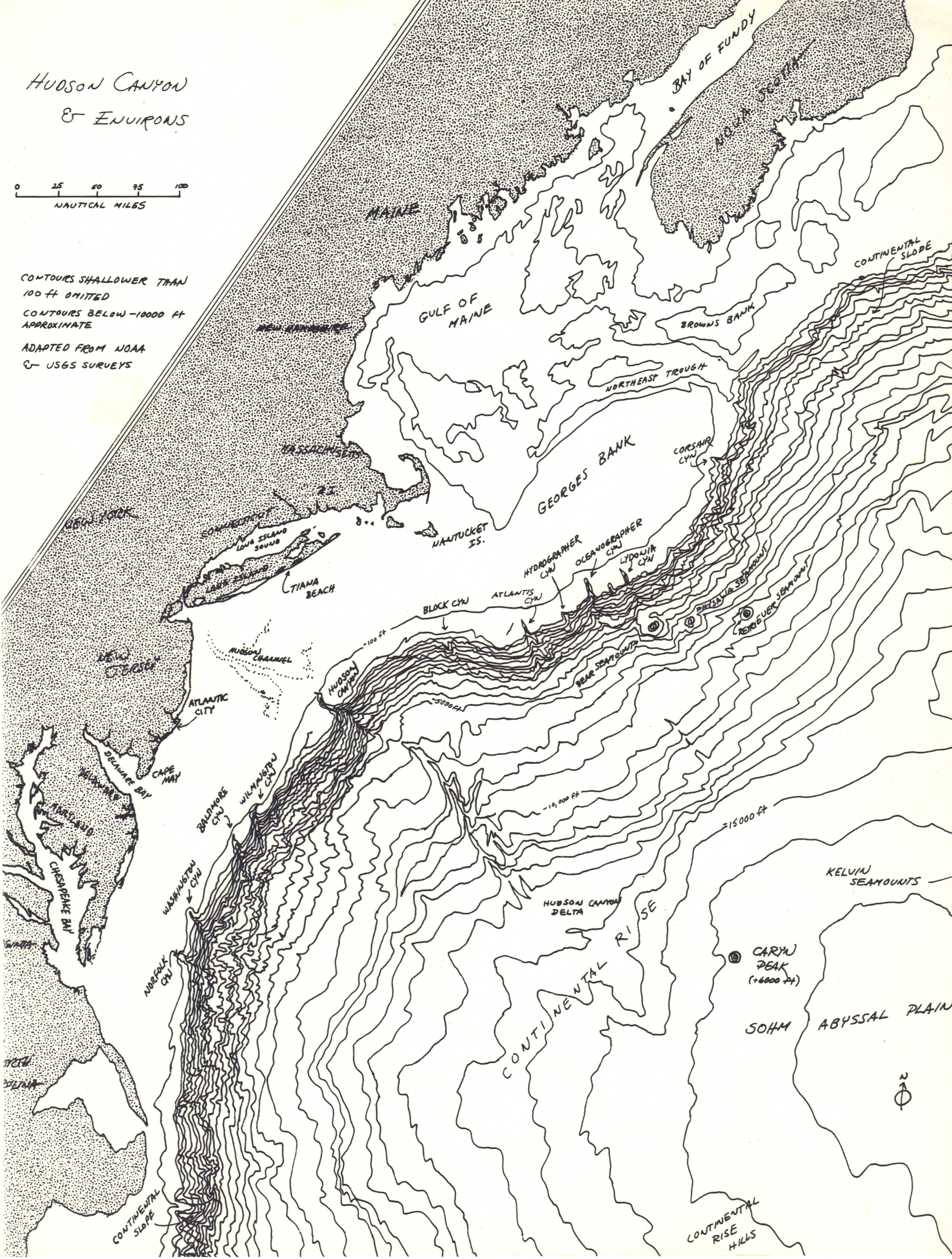 …And this was the one that was later used in the Dell hardcover and Yearling paperbacks of DW, and the Harcourt paperbacks that would follow. 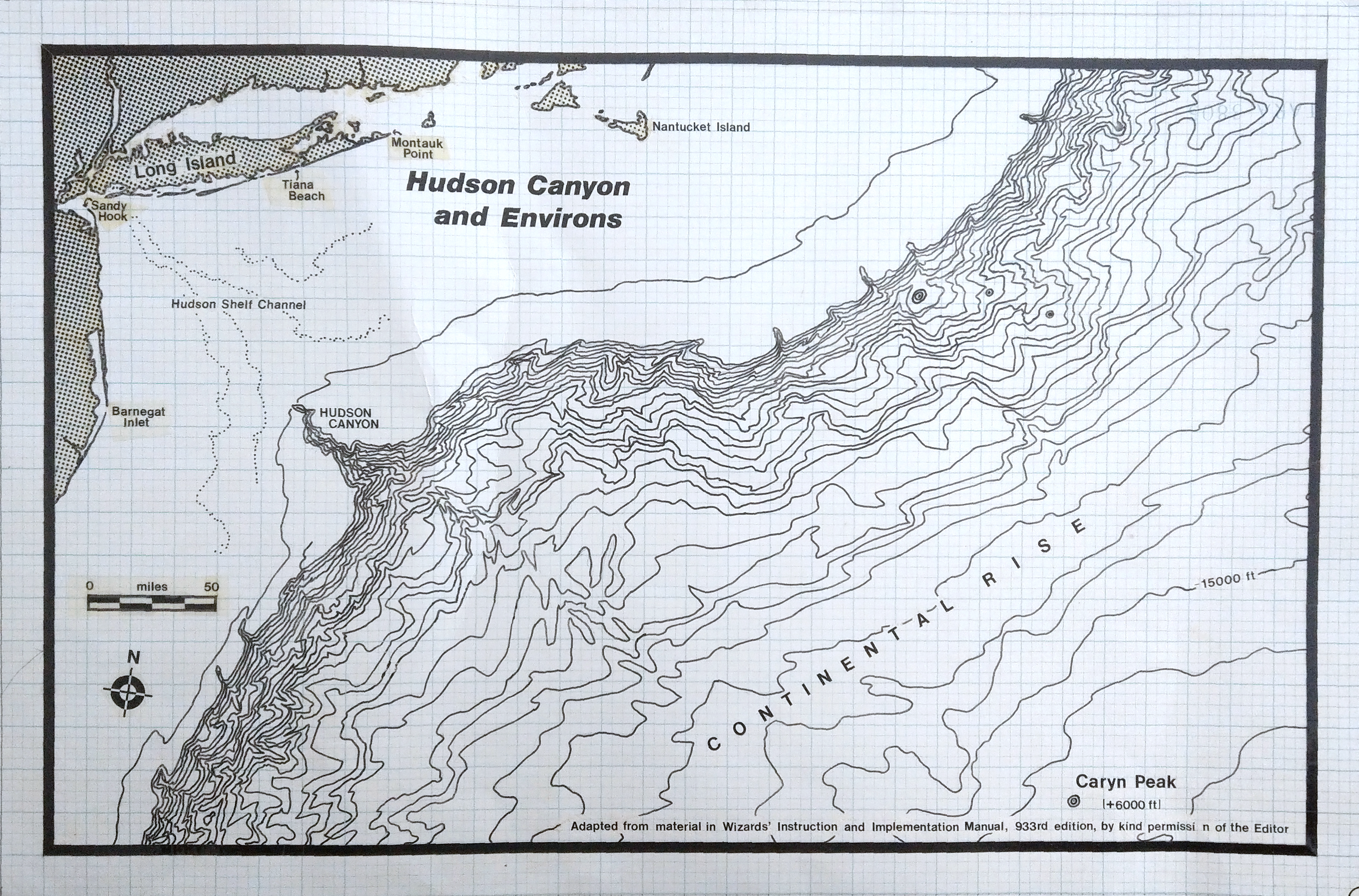 …Eventually, since we have so much more data now than we did in 1984, when I drew these, I’ll need to prepare better and more polished versions to go into newer versions of the book. But in the meantime: here these are!