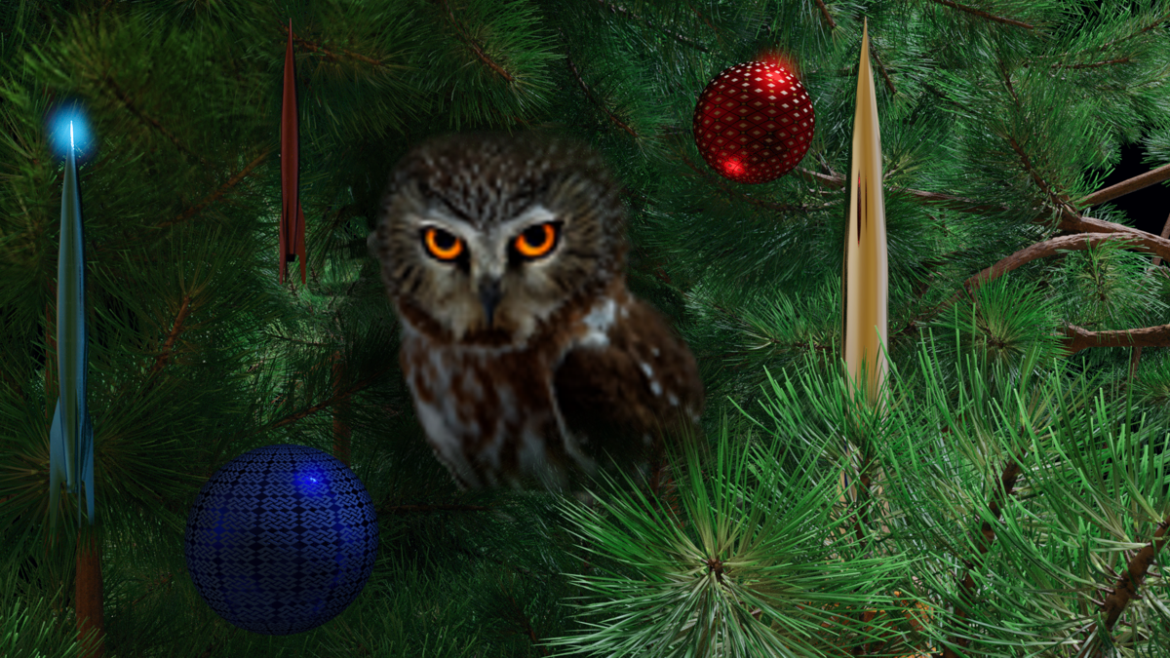 So it’s once more that time of year when nominations open up for the World Science Fiction Society’s Hugo Awards (for Discon III later this year), and it turns out that this year, once again, work of mine is eligible to be nominated. (I don’t mind saying it’s delightful to have this happening again, with the addition that this time it kind of took me by surprise. In fact I’ve only rarely had a work jump my bones as quickly as this one did… and it took someone else reminding me about it to realize that it was a qualifying work. Well, it’s been an interesting year…)

The award in question is the one for Best Series (scroll down, it’s there…), and the series in question is the Young Wizards series. The work bringing this series into play for award consideration in 2021 is Owl Be Home For Christmas, a novella-length work published in late December of 2020.

Just for reference purposes: the first three novels in the Young Wizards series total approximately 270,000 words. Those were followed by another seven traditionally-published novels, totaling in the neighborhood of 900,000 words, as well as several independently-published works totaling another 250,000 words or thereabouts.

2020’s relatively unexpected addition to the series takes us into previously unexplored territory: the present day.

Tonight’s the night when the famous Rockefeller Center Christmas tree is about to be lit in an elaborate ceremony in midtown Manhattan. Like everything else in the COVID-stricken world of 2020, this tree lighting has been forced to differ from all the others that have preceded it.

But there’s another reason this particular tree lighting will be unique. This tree is the one in which the tiny saw-whet owl the media christened “Rocky” was discovered, trapped, when the tree was set up two weeks ago.

The humans who helped “Rocky” and released her back into the wild had no idea of the forces about to be unleashed on New York City. For the one thing they couldn’t give the owl was the one thing she wanted most: her tree.

As a result, she’s been forced to take matters into her own claws. And it’s going to take a crack team of New York’s best and smartest wizards to keep the ensuing events from destabilizing the whole planet…

This 25,000 word novella is a canonical work in the Young Wizards universe and is set in the revised New Millennium Editions YW timeline.

…To make it easier for people to decide whether they’re interested in nominating the Young Wizards works for the 2021 Best Series Hugo award, all the nominatable (…’nominable?’ whatever…) works were available at a deep discount (a total of 75% off) at our store at Ebooks Direct. Please note that now that the nomination period is over, the duscount is no longer available.

The main works in the series are also available from its current traditional publisher, Houghton Mifflin Harcourt, via Amazon.com and other online retailers (if you prefer to acquire it from those retailers), but not discounted.

The discount will last until Discon III’s Hugo nominations close on March 19th at 11:59 (US) PDT.

(Looking for more information about the series in general? Check out YoungWizards.com.)