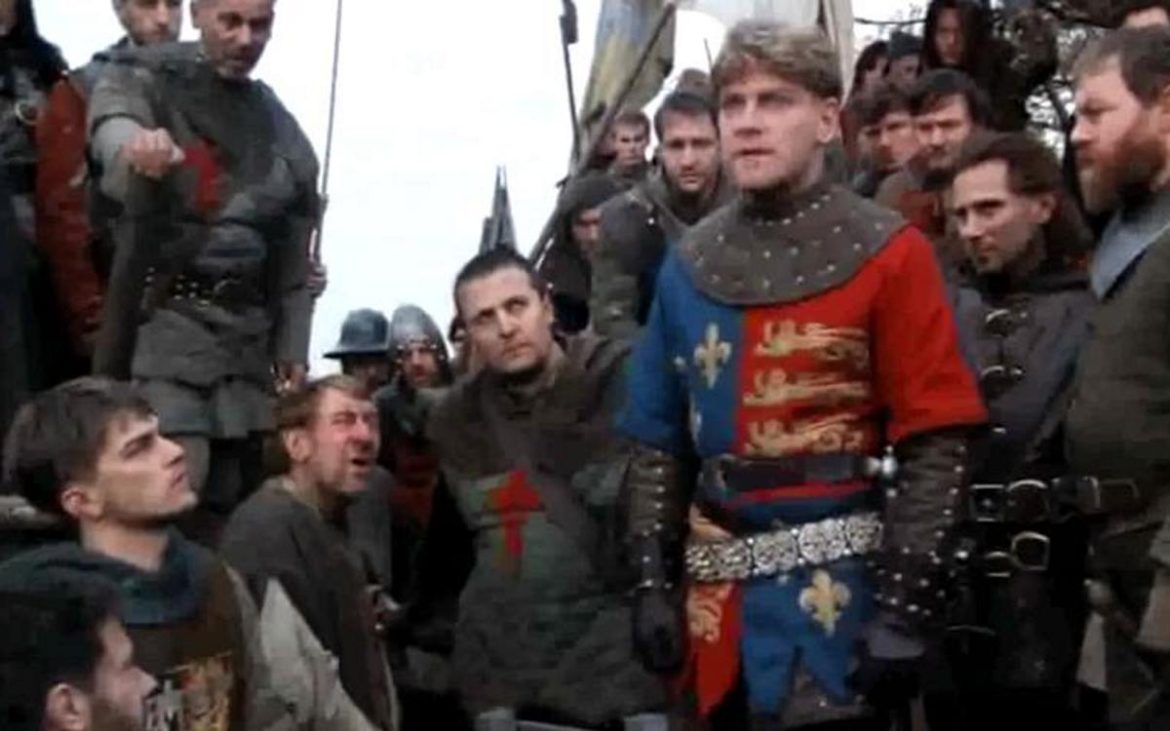 October 25th rolls around and inevitably brings this with it. Of all the filmed versions, this is my favorite: half because of Branagh, half because of the wonderful film score by Patrick Doyle. (You can hear occasional echoes of this in his score for Thor if you listen hard.)

…And with this comes the unavoidable memory of a fun thing that happened some years ago. (Before smartphones, alas, or there’d sure as hell be video of it.)

Peter and I were guests at a little media con in the south of England. Another of the guests (among numerous others) was John Rhys-Davies. As often happens at conventions, the committee kindly took all us guestly types out for a lovely dinner at the end of the convention.

Somehow or other Shakespeare came up. Now, Peter’s degree in Eng.Lit. was angled more toward the Chaucerian end of things, but he did his share of Shakespeare while studying, and he and Rhys-Davies spent about half the dinner discussing the Bard.

I can’t now remember which of them started it, but I realized suddenly that the two of them were engaged in a tag-team recitation of the St. Crispin’s Day speech. Now, Peter’s voice isn’t exactly soft or retiring when he gets going in this mode, but even so there’s no competing with John Rhys-Davies when he gets his wheels under him. The restaurant went (unsurprisingly) quiet around us as the two of them headed for the finish line, both reciting in unison now, and finally hitting “Upon St. Crispin’s Day!” at the (joint) top of their lungs.

Our table and most of the rest of the restaurant exploded into applause. And one nice lady not far away, looking at Rhys-Davies for the first time and realizing only part of what had been going on, then said loudly enough for everyone to hear:

Anyway: here for those who prefer it is the 1944 Laurence Olivier version.