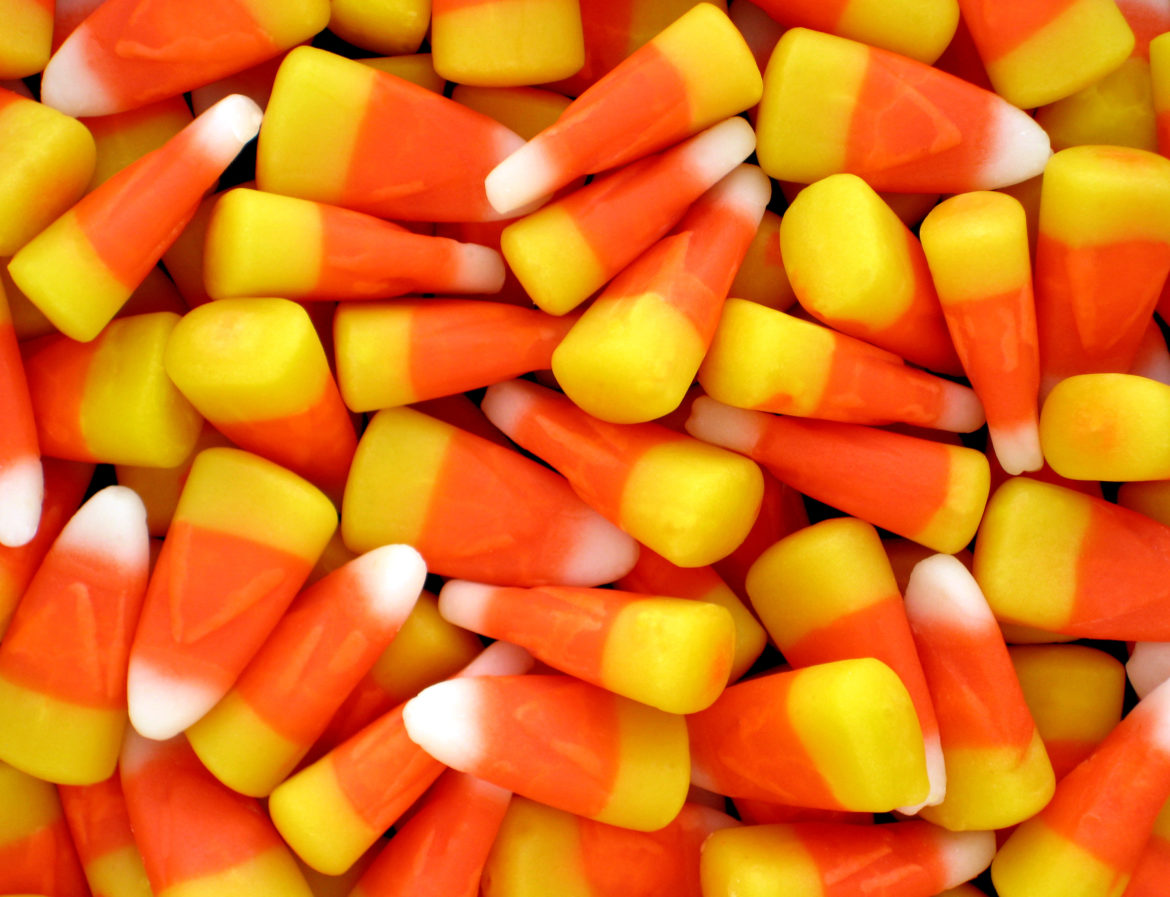 It was seeing this thing that got me thinking about the subject.

…WTF? RT @pattymo: Who will answer for this crime pic.twitter.com/u0h3jqCfIh

What surprised me after the fact was that the very sight of a “candy corn bar” provoked such a strong reaction from me (“EWWWWWWWWW”) despite my being long past trick-or-treating age.

This response poked me in the curiosity nerve, a little, so I went looking for evidence of whether other people shared anything like it — this idea that some Halloween candies were “right” and others “wrong”.

And a little research suggests there seems to be a bone-deep conservatism on this issue, combined with some regional implications, as various Worst Halloween Candy lists seem to have areas where they agree and then others where they diverge or disagree strongly. (As an example: lists at BC Living, HuffPo (in fact they have a few of these), TopTenz, Serious Eats, Complex, Nooga…) Google will guide you to more if you feel the need for a broader statistical sample.

I always took Halloween very seriously while I was still of participating age, as my family wasn’t particularly well off and there wasn’t that much candy in my lifestyle except at chocolate-heavy holidays like Easter and Christmas. (Fortunately I slipped out of this stage just barely before the OMG BAD PEOPLE ARE PUTTING RAZOR BLADES IN THE APPLES thing got started.* I didn’t mind the apples. I knew they were traditional.) (As they still are in Ireland, which is after all where it all began. Apples and peanuts have been the trick-or-treat staple here for many years: only now are the candies starting to creep into the Irish tradition.)

So for what it’s worth: looking over these lists, I find some common ground, but not complete agreement.

Stuff I had no time for (and would swap with others who liked them):

Seasonal considerations: There were things I had no time for at Halloween because they were readily available at other times from the store up around the corner on Park Avenue:

…Anyway. Enough of this: I haven’t even had all my breakfast yet.

(Meanwhile, for those of you who’re feeling nostalgic: have a look at OldTimeCandy.com. They have the stuff arranged by decades.)

*Has anyone ever actually found a razor blade in an apple? I mean, verifiably? With pictures? Or is this one of those Urban Myth Coinciding With Early TV/Mass Media Attention Causes Hospital X-Ray Departments Nationwide To Waste Millions Of Person-Hours On One Day Each Year things?

(See also People Being Gassed In Sleeper Compartments of European Trains And All Their Stuff Stolen. I went hunting for non-anecdotal data on this some years back and couldn’t find anything. My firm belief is that back in the day, numerous weary and stressed-out travelers were careless / clueless about making sure their sleeper compartments’ doors were actually locked before they went to sleep, and then desperately needed a face-saving excuse the morning after opportunistic thieves, or in some cases their fellow sleeper compartment occupiers, had ripped them off while they slept through it like the dead. “I mean, I’m a light sleeper, I would’ve heard anybody come in unless something else was going on. It must have been gas! Gas!” …But I digress.)

A pretty grim account of what Pincher is alleged to have done the other night. I think this is a key point. For far too many people male-male sexual harassment and abuse just isn’t that big an issue. The issue will continue to get worse with this attitude.

Should we do that peacock collection from Rami Al Ali?

I think we should.

(glancing up from another problem)
...
*WHAT IN THOTH'S SWEET NAME IS "SCROMITING" SUPPOSED TO BE?!*
...
(eyeroll)
...
(we now return to The Mystery of John Watson's Godawful [Digital] Fair Isle Jumper)