I’ve been thinking about a Patreon. What do you think?

Over the past few months, on and off, I’ve been reorganizing the household’s records-keeping system (which has all too often devolved into variants of the Put It In A Shoebox And Forget About It school of behavior: better than nothing, I guess, but not really useful when you need to put your hand on one specific thing in a hurry. As has happened occasionally this last year).

So… redoing the filing. Woo woo: how glamorous this mad gay whirl of a writer’s life can become. (Gah.)

Yet one of the more interesting side effects of this situation is that unusual things turn up. 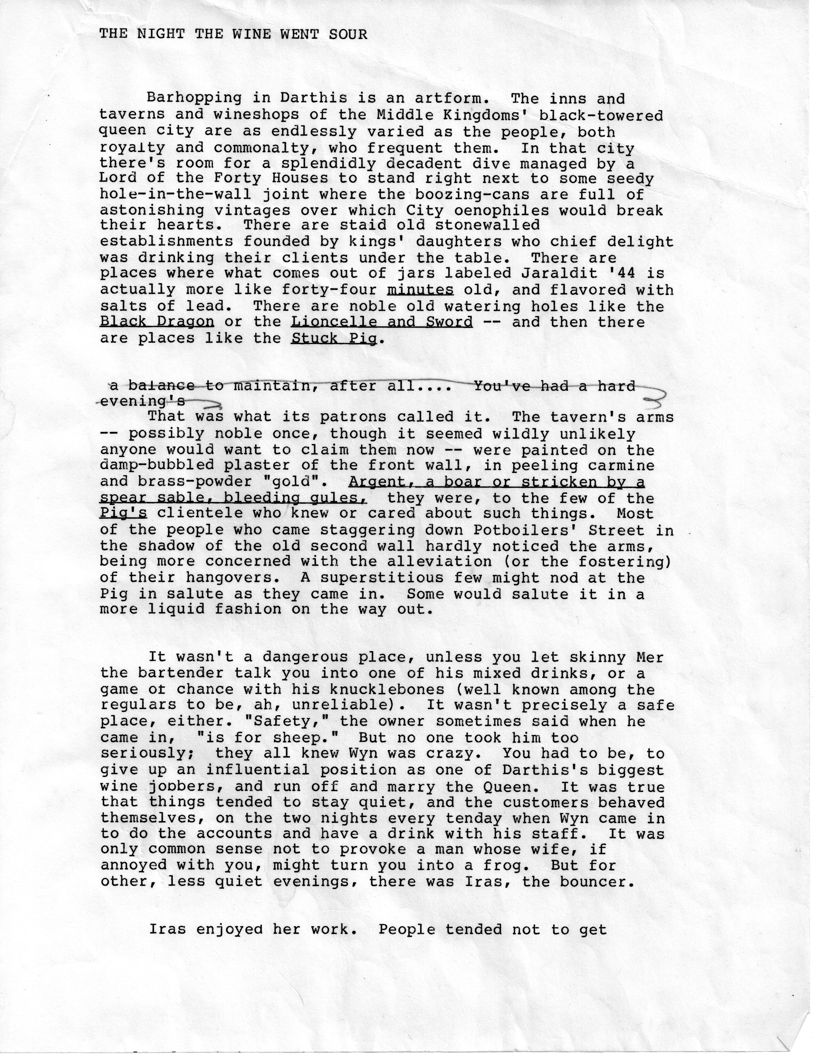 The formatting of the page and the material it’s typed on tell me that this came out of David Gerrold’s first-generation “printer” — an IBM Selectric cabled to his original NorthStar computer — back when I was still working for him just after the publication of The Door Into Fire. So: around 1979/1980ish. The story is not complete, but I know how it ends. I can finish it now. 🙂

…Or this. (Coincidentally in the same universe, though older still): 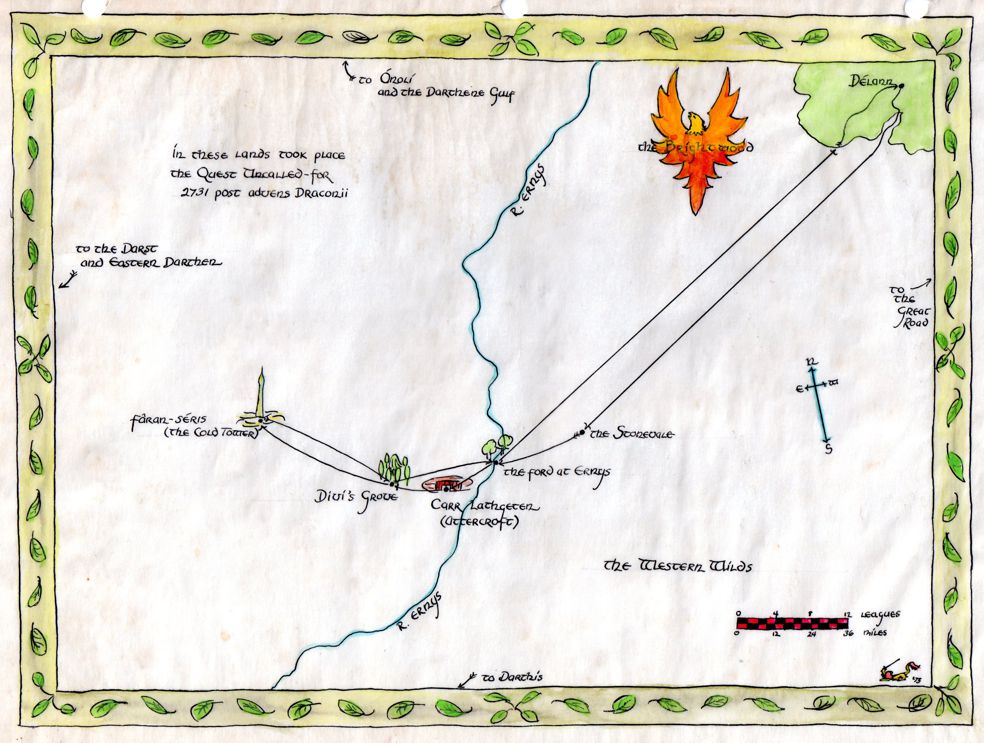 It was 1973 when I drew and watercolored this map — so, still in nursing school.  (You can see I was still in my heavily-Tolkien-influenced period.) And somewhat to my astonishment, in the file folder behind that map is a hundred and forty-one pages of Middle Kingdoms fiction that has never been seen by anyone but me: a 30,000+ word novella, complete.

And every time I ran across one of these things I thought, “There must be some organized way to share this stuff with people.”

(And make a little extra living money off it, whispers the un-shut-uppable businesswoman-voice in the background.)

And then the idea came creeping in.

There are a lot of creative people I respect who’ve joined Patreon. Why not me? It’s worth running the idea up the flagpole, at least.

The idea is that contributions to the Patreon from my side would look like:

Rewards would include things like, well, for example — at the higher end of rewards — that map up there. I’m not sentimental about keeping originals. Copies work fine for me. But who knows, someone else might like to have the thing I actually made. I’m still looking around to see what the less-expensive level rewards would look like. (For example: high quality reproductions of similar works. Etc etc.)

So here’s the deal. Would you join my Patreon if I started one?  Please use the polling form / device here to signal what you think. And please be serious with me here: if you wouldn’t be able to contribute from the outset, don’t answer the poll as if you would.

Finally, everyone should understand this. I intend to make this work from my end, but if the output in time and energy is not supported by the income at the contributor end, I’ll kill the Patreon sooner rather than later. All our time is precious, and energy is doubly so; and if mine turns out not to be producing an acceptable return at this end, then that’ll be that.

Okay? Let me know what you think. And thank you!