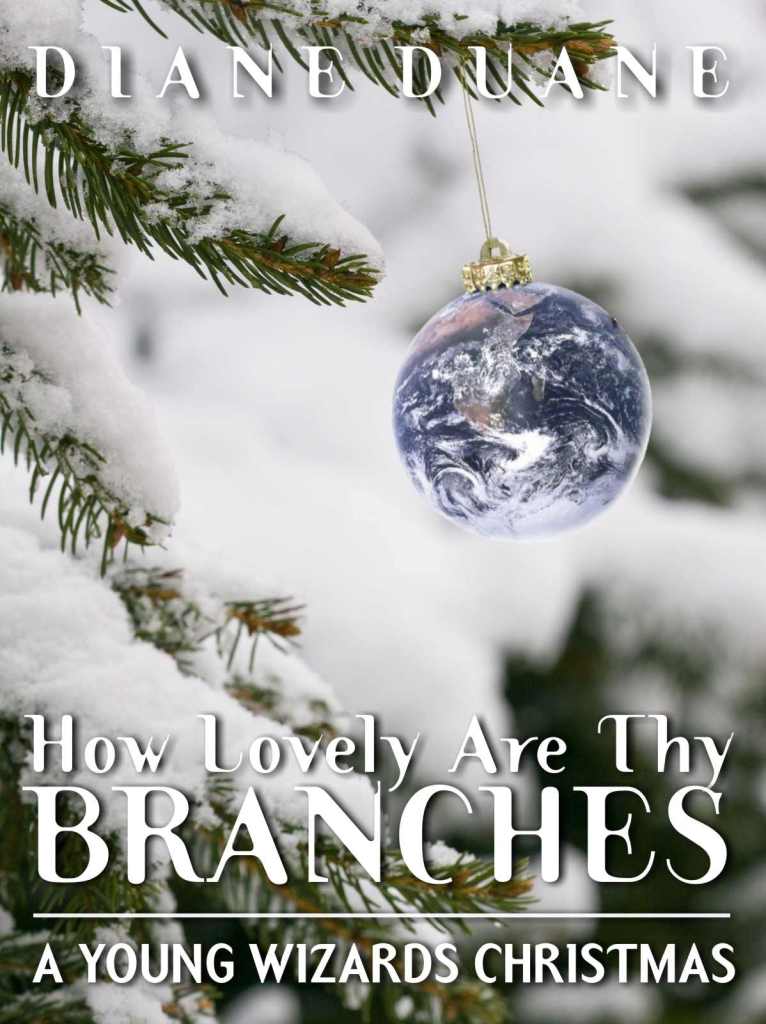 It’s five days till Christmas, and the day before the Winter Solstice. The biggest pre-Christmas blizzard seen for decades is heading straight for the New York metropolitan area. But in one small corner of the Town of Hempstead, everyone’s attention is on other business. That’s because there’s a party tonight at Juan and Marina Rodriguez’s house… and the guest of honor is a being from four hundred lightyears away who looks a whole lot like a Christmas tree.

As so often happens, the motive force behind the festivities is the redoubtable Carmela Rodriguez, intent on fulfilling her longtime intention to fulfill one of the great wishes of the wizard known as Filif — specifically, to finally get him into a full set of Christmas decorations. The two-day party that ensues (with an epic sleepover in the middle) brings together a cast of old and new friends to eat, drink, exchange presents, and see a few things the likes of which this world has never seen before…

This 30,000+ word novelette is a canonical work in the Young Wizards universe and takes place between the events of A Wizard of Mars and the forthcoming Games Wizards Play.

Purchase it for USD $4.99 here in all the major ebook formats:

How Lovely Are Thy Branches