Good trouble
Fanfic Rye Bagels
At last: the New Millennium “SO YOU WANT...
Thirty-five years
Newark
Quiche Lorraine
Available again: Signed Books Direct!
Of The Time There Was Only One Bed
Now at Amazon in paperback and Kindle ebook:...
Parmesan Biscuit Recipes
Star Trek and Sespe
Angles and dangles
Two Wild Boar Recipes
A Twitter thread
CrossingsCon 2021 is Slipping Sideways starting August 1st!
The Mutability of (Your?) Dream
Food and Cooking of the Middle KingdomsFood, restaurants and cookingMiddle KingdomsWriting

From the (theoretically) forthcoming “FOOD AND COOKING OF THE MIDDLE KINGDOMS”: Whitefruit 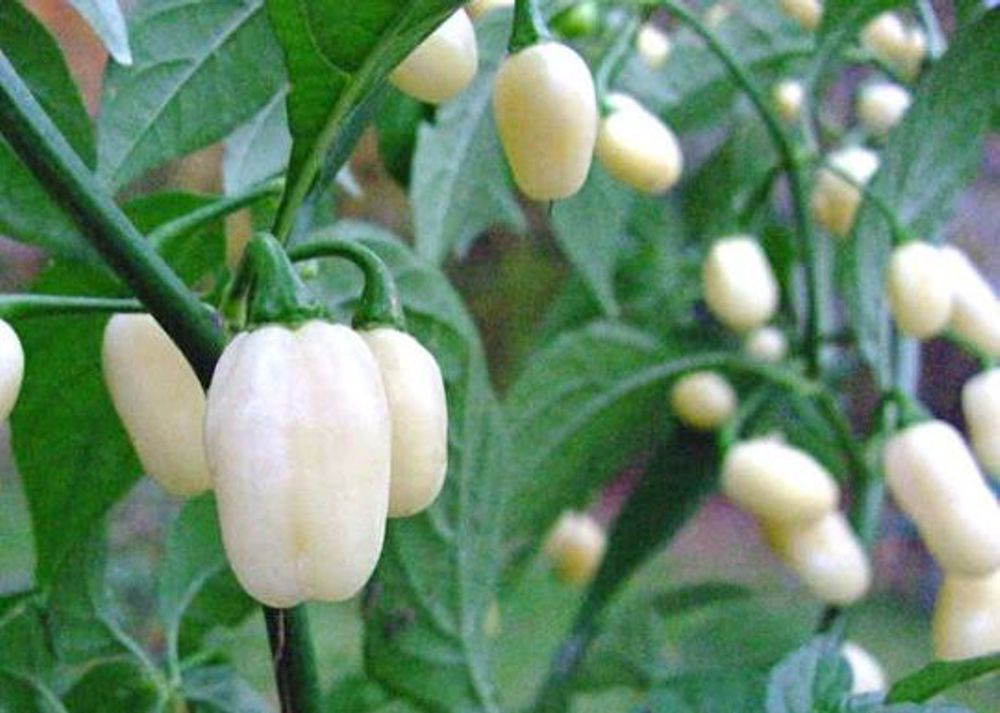 (Since in the wake of TOTF2: The Landlady people have already started noodging at me for a MK cookbook, I guess I’m going to have to start making notes. Might as well start here…)

The whitefruit (Darthene andénne, Arlene and N. Arlene onten, Steldene emdenet) is instantly recognizable as a member of genus Capsicum – part of the Solanaceae or nightshade family, in which the Earth-based chilies / chiles are all included.

If we stick to Terran-style taxonomy (and why not, for the time being), the main Middle Kingdoms-based whitefruit species (Capsicum albifructans medioregnis) would likely most closely correspond to Capsicum annuum x chinense – a naturally hybridized species sharing traits of the jalapeño and the Habanero. The heat of the main species can vary wildly between not too horrific (Scoville 2500-5000) and it’ll-fry-you-like-an-egg (Sco 500,000 and upwards).

The original wild whitefruit species come from the colder mountainous regions of the Middle Kingdoms’ south, and it’s generally agreed that the best ones are grown in southern Darthen and Steldin; the closer to the Highpeaks, the better. The plant prefers poor soil – glacial if possible – and a somewhat adversarial climate featuring bright sunshine (though not necessarily heat) and cold winters. They prefer a bit of altitude and tend not to grow well in the milder north, giving rise to the very old saying “No [white] fruit north of the Road” – suggesting that the Kings’ Road marks both the upper edge of the area for successful cultivation, and that southerners transplanted to the [politically and meteorologically] hotter climes of the North may not necessarily prosper.

The white color of these chiles – a bit unusual on our Earth – is the normal color in the Kingdoms, with light greens reminiscent of mild Hungarian chiles, and darker Jalapeño-ish greens, being not quite as common. Yellow, red, purple and black cultivars are rare, and prized as much as ornamentals as for culinary use; but generally they don’t match the heat of the white breeds.

Naturally, in the Kingdoms as here, there are people who prize the fruit more for its heat than its flavor… with the result that some whitefruit cultivars have almost no flavor left at all, but make their way in the markets by their names: “tonguefire,” “Dragonbreath,” et cetera and ad infinitum. The single flame-colored cultivar able to match the hottest of the whites (heading for the low Sco 1-millions) commands high prices at market. But unscrupulous stallholders are known to take advantage of careless buyers by substituting milder lookalike fruits, giving rise to another saying: “Don’t see red without tasting first”.

At the culinary end: Steldene cooking favors whitefruit so strongly that it’s hard to find any food east of the Stel and south of the Road that doesn’t contain it. (Pastries layered with whitefruit-laced honey are one of the national passions: think of a baklava that bites back.) They also routinely appear in many other sweet dishes, and every kind of meat preparation imaginable, both as cooking ingredient and independent condiment. The present King of Arlen picked up a serious taste for whitefruit during his outlaw days on the run in Steldin, and is constantly badgering his spouses to bring him some home when they’re out that way on business, or near the better market towns in southern Darthen. (TDISu, TOTF1, TOTF2)