Now at Amazon in paperback and Kindle ebook: TALES OF THE FIVE, VOLUME 1 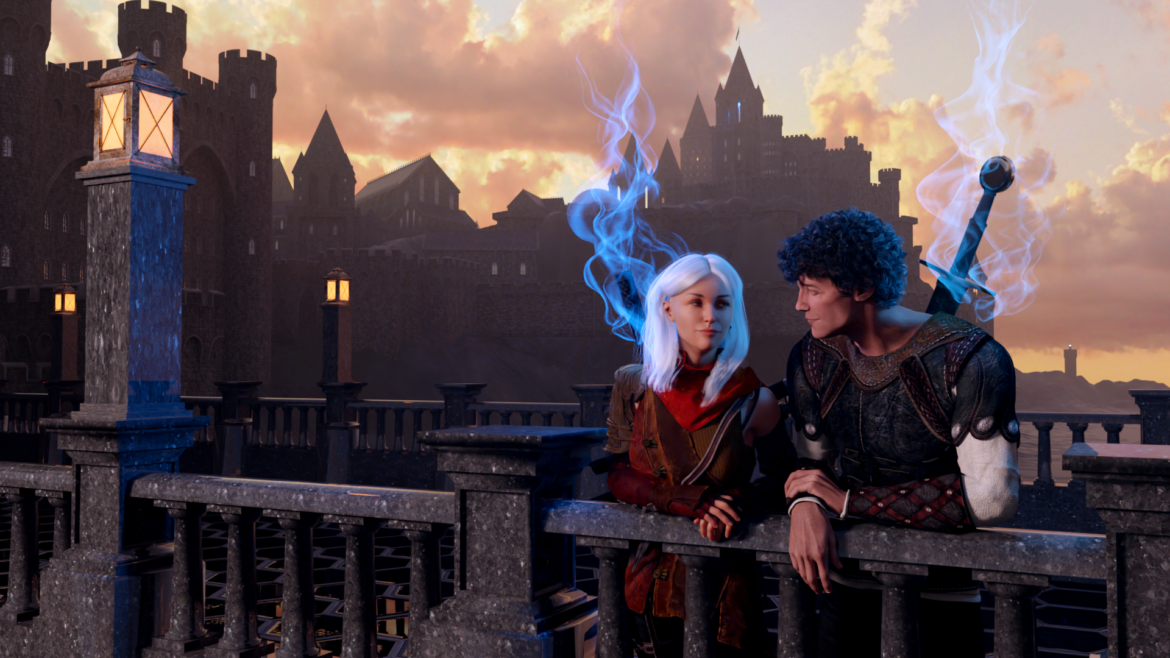 For some time now we’ve been working on a new book and ebook gateway to support the UK readers to whom (due to the bureaucracy inflicted by Her Majesty’s Customs and Excise on would-be non-UK booksellers) we can unfortunately no longer sell directly. The gateway, which for the time being is going to be located at ebooksdirect-annex.com, isn’t quite ready yet.

However, starting with this next month and continuing through into the Black Friday period, some of the items that will feature there will start to become available… and today the first of them is ready. This is Tales of the Five Volume 1, now available for the first time in ebook format from Amazon.

The two works included in TOTFV1 — TOTF 1, The Levin-Gad, and TOTF 2, The Landlady — have until now been exclusive to Ebooks.Direct and have therefore not been available to UK readers since we had to close down our UK-facing services at the end of last year. (There’s a blog post with details about that whole mess here at Ebooks.Direct.) However, for UK folks who’re interested in these works, they can now get at them through Amazon.co.uk, right here. The US readership can also now get them here at Amazon.com (though naturally both remain available here and here at Ebooks.Direct, for those who prefer the author to get all the money they’re spending, and get it right away).

There’s also a paperback version of TOTV1 available at Amazon.com. (ETA Oct 2, 0900 UTC: Amazon.co.uk sees to be lagging behind a little on the paperback’s availability, displaying it as unavailable or “unshippable” for some reason which [like Nigel Molesworth’s piece of cod] “passeth understanding.” (At least I don’t understand it.) I’m assuming it’ll get caught up with the US side over the course of the weekend.)

…For those interested in the follow-up volumes: the paperback and Amazon Kindle versions of TOTFV2, when it’s published next year, will contain the third Tale of the Five, The Librarian. (This work will not be available on Amazon, though, until Q2 of 2022.) Depending on their lengths, the fourth and fifth tales — Hasai’s and Sunspark’s Tales — may appear together in TOTV3, or separately in TOTV3 and TOTV4. We’ll see how that shakes out over the course of 2022.

Meanwhile, details about the Amazon offering appear below…

Because in the wake of the triumph and anguish of the battles’ aftermath, after the celebrations and the declarations of peace, after the enthronement of the new King—and his wedding to the rest of the Five—come the day-to-day details of working out what normal life will now become for them, and their people, in the wake of the near-destruction of their world. Now the heroes who kept the world from ending have to help build the new normal… assuming they can work out what that looks like.

In the novelette The Levin-Gad, to keep his family safe at a perilous moment, Herewiss sets out alone to undertake a risky secret mission in a most unlikely venue. A dive bar in Darthis becomes the setting for a deadly struggle with an old opponent… and for the entrance of a most unexpected ally.

In the novel The Landlady, Segnbora must leave the art of motherhood behind to juggle the politically and personally hazardous business of resuscitating the fortunes of her diminished noble house—and finds herself revisiting an old and dangerous role: monster-hunter…

The remaining three Tales of the Five will appear during 2022. Meanwhile, welcome back to the Middle Kingdoms!

From the (theoretically) forthcoming “FOOD AND COOKING OF...

“Interim Errantry” now out in ebook and paperback