Now at Amazon in paperback and Kindle ebook: TALES OF THE FIVE, VOLUME 1

For some time now we’ve been working on a new book and ebook gateway to support the UK readers to whom (due to the bureaucracy inflicted by Her Majesty’s Customs and Excise on would-be non-UK booksellers) we can unfortunately no longer sell directly. The gateway, which for the time being is going to be located at ebooksdirect-annex.com, isn’t quite ready yet.

However, starting with this next month and continuing through into the Black Friday period, some of the items that will feature there will start to become available… and today the first of them is ready. This is Tales of the Five Volume 1, now available for the first time in ebook format from Amazon.

The two works included in TOTFV1 — TOTF 1, The Levin-Gad, and TOTF 2, The Landlady — have until now been exclusive to Ebooks.Direct and have therefore not been available to UK readers since we had to close down our UK-facing services at the end of last year. (There’s a blog post with details about that whole mess here at Ebooks.Direct.) However, for UK folks who’re interested in these works, they can now get at them through Amazon.co.uk, right here. The US readership can also now get them here at Amazon.com (though naturally both remain available here and here at Ebooks.Direct, for those who prefer the author to get all the money they’re spending, and get it right away).

There’s also a paperback version of TOTV1 available at Amazon.com. (ETA Oct 2, 0900 UTC: Amazon.co.uk sees to be lagging behind a little on the paperback’s availability, displaying it as unavailable or “unshippable” for some reason which [like Nigel Molesworth’s piece of cod] “passeth understanding.” (At least I don’t understand it.) I’m assuming it’ll get caught up with the US side over the course of the weekend.)

…For those interested in the follow-up volumes: the paperback and Amazon Kindle versions of TOTFV2, when it’s published next year, will contain the third Tale of the Five, The Librarian. (This work will not be available on Amazon, though, until Q2 of 2022.) Depending on their lengths, the fourth and fifth tales — Hasai’s and Sunspark’s Tales — may appear together in TOTV3, or separately in TOTV3 and TOTV4. We’ll see how that shakes out over the course of 2022.

Meanwhile, details about the Amazon offering appear below…

Because in the wake of the triumph and anguish of the battles’ aftermath, after the celebrations and the declarations of peace, after the enthronement of the new King—and his wedding to the rest of the Five—come the day-to-day details of working out what normal life will now become for them, and their people, in the wake of the near-destruction of their world. Now the heroes who kept the world from ending have to help build the new normal… assuming they can work out what that looks like.

In the novelette The Levin-Gad, to keep his family safe at a perilous moment, Herewiss sets out alone to undertake a risky secret mission in a most unlikely venue. A dive bar in Darthis becomes the setting for a deadly struggle with an old opponent… and for the entrance of a most unexpected ally.

In the novel The Landlady, Segnbora must leave the art of motherhood behind to juggle the politically and personally hazardous business of resuscitating the fortunes of her diminished noble house—and finds herself revisiting an old and dangerous role: monster-hunter…

The remaining three Tales of the Five will appear during 2022. Meanwhile, welcome back to the Middle Kingdoms!

For those of you who’ve been waiting for a dead-tree version: A Wind From The South is available online at last! You can get it here from Amazon.com.

(A Kindle ebook version is available from Amazon too. But you can get it less expensively over here at Ebooks Direct at the moment, as our Winter Holiday Sale is on. And our ebook is available in multiple formats, and is DRM-free.)

There’s also an audiobook version available from Audible, for those who prefer a spoken-word edition.

In case you have no idea what any of this is about: here’s the blurb.

A goddess in the making… or a demon reborn?

In the remote mountain village where she was born, Mariarta dil Alicg lives the untroubled life of a peasant girl…until, soon after a mysterious stranger’s arrival, she starts to hear voices in the wind. The voices whisper strange secrets in Mariarta’s ears — promising her the power to command the stormwind, hinting at an unknown, magical heritage, and prophesying a fate marvelous past all Mariarta’s imaginings.

Then a curse falls on Mariarta’s village, shattering the lives of her family and friends. Mariarta must journey across the mountain realm of Raetia in search of a way to break the curse — while also hunting for the truth about the beautiful and terrible being who is trying to possess her soul.

Mariarta’s search will lead her into hidden domains of sorcery both dreadful and wondrous, and will finally embroil the young woman in the growing rebellion against her land’s cruel Austriac oppressors. But not before Mariarta comes face to face at last with the immortal Lady of the Storms, and challenges her to one final battle for control of her life, her soul, and her destiny…

“Duane is tops in the high adventure business.” — Publishers Weekly

“One of the finest current writers of speculative fiction.” — Kirkus Reviews

Recorded Books’ production of Games Wizards Play, featuring (as always) the multi-role voice talent of the fabulous Christina Moore, has been completed, and the audiobook is now available here at Amazon.com.

Also, there’s a special offer on: Amazon customers who’ve purchased the Harcourt ebook edition of GWP are being offered a discount on the audiobook. So if you fall into this category, don’t delay — grab one now!

From my point of view, this is one of the few perks an author gets that’s worth anything. A month before pub date… I get mine first.

It’s real now. The sale doesn’t matter (well, okay, it matters, but only as the setup for this): the rewrites don’t matter, the first pass pages don’t matter, the ARCs don’t matter. Only when one of these arrives is the book really real for me. Only when the whole finished thing can be picked up and held in the hands does it become honestly, genuinely, really-and-truly a book.

Now I open that bottle of champagne that’s been lurking in the fridge since New Year’s. It took a while, but here’s Games Wizards Play, finally. Real.

Wanna preorder it? Go here for Amazon, here for B&N.

Want the in-between book between A Wizard of Mars and this? Interim Errantry is here as an ebook at Amazon, or here DRM-free from Ebooks Direct, or here as a paperback.

“Interim Errantry” now out in ebook and paperback

For those of you who’ve been (patiently!) waiting: Interim Errantry is now available in both ebook and paperback editions.

Interim Errantry contains the whole “transitional trilogy” of canonical works bridging the gap between A Wizard of Mars and Games Wizards Play: that is to say, the novella Not On My Patch, the novelette How Lovely Are Thy Branches, and the full-length novel Lifeboats. (All of these are available separately from Ebooks Direct, of course, but you get a price break buying them in the omnibus edition of the ebook.)

About the hardcover edition: This will be coming out from Lulu.com, though right now I can’t predict a date: we’re busy getting ready for our trip to Hal-Con, and I can’t spare any more time right now for wrestling with Lulu’s cover builder (the interior of the book is ready to go). My apologies for this. But if you’re in North America and you’re going to Hal-Con and want a signed copy of Interim Errantry, you should have time to order it and receive it before the con. Check with Amazon, of course.

A reminder, also: the half-price sale on the 9-volume Young Wizards New Millennium “box sets” is still running. $24.99 is truly a silly price to pay for nine ebooks. Grab yourself a set before we come to our senses!

For those of you who’ve been waiting for the first print version: here it is.

About hardcovers: I’m considering a Lifeboats-only hardcover if there’s enough demand. For the time being, though, the only planned hardcover version will be in the Interim Errantry hardcover, which (along with the paperback) is still in prep.

Meanwhile, of course you can get Lifeboats as an ebook — either here at Ebooks Direct, DRM-free and in many non-Kindle formats: or as a Kindle ebook from Amazon.

(Want to know more about the Lifeboats story? Click here.)

Also: if any of you who’ve bought the Kindle ebook feel like leaving a review… do feel free.  🙂

And additionally, before I forget: the 50%-off sale on the 9-volume Young Wizards New Millennium Edition ebook “box sets” continues here. Honestly, $24.99 is a silly price for nine ebooks. Grab one while the sale lasts.

…So if you know people who’d be interested in any of this, please share this info around. Thanks!

*These are CreateSpace ISBNs, and probably this edition will be replaced at a later date by one with a non-CreateSpace ISBN, but that’s not an issue right this minute. A non-CS ISBN, though, will allow the book to be printed on local POD systems, which strikes me as a good thing.) 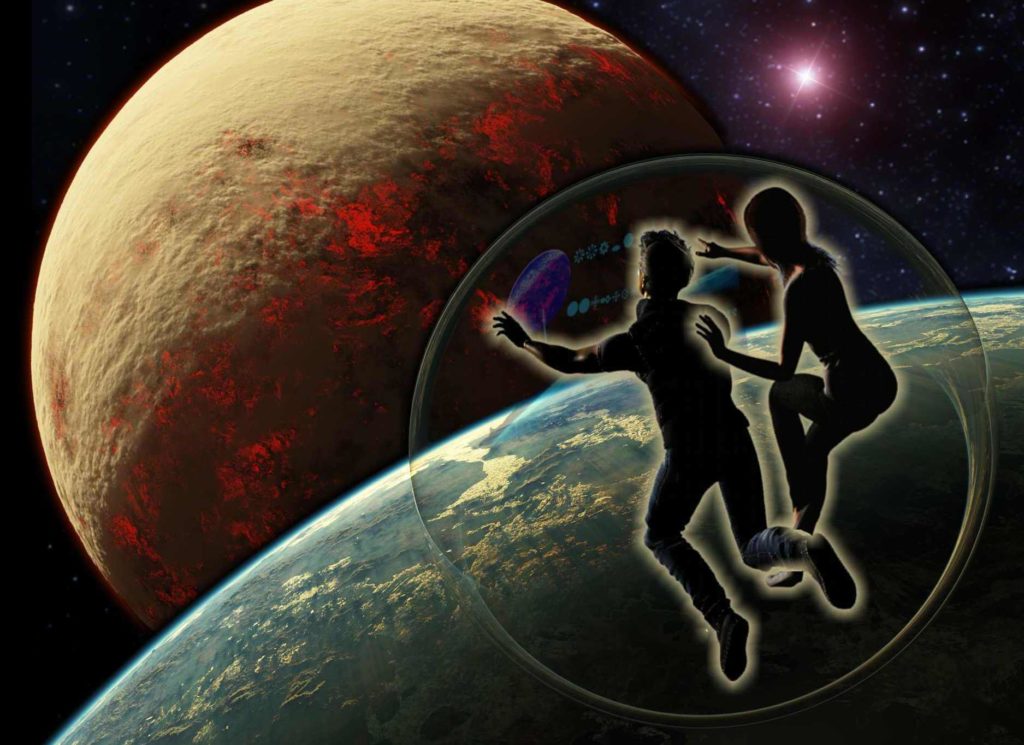 A lot of people have been waiting for it to turn up there… so, finally, the news you’ve been wanting to hear: Young Wizards: Lifeboats is now available on Amazon.

(Naturally if you prefer to get it DRM-free or in non-Kindle-ish formats, it’s also available at Ebooks Direct.)

For those of you who’re also interested in “dead tree” / print formats: we’re working on that now. The paperback will most probably come from Amazon and the hardcover from Lulu. We should have news about that next week.

In the meantime: if everybody wants to rush straight over to Amazon and give me some sales stats to look at, far be it from me to stand in your way. 🙂