2019 Hugo Nomination Eligibility: the Tale of the Five Series 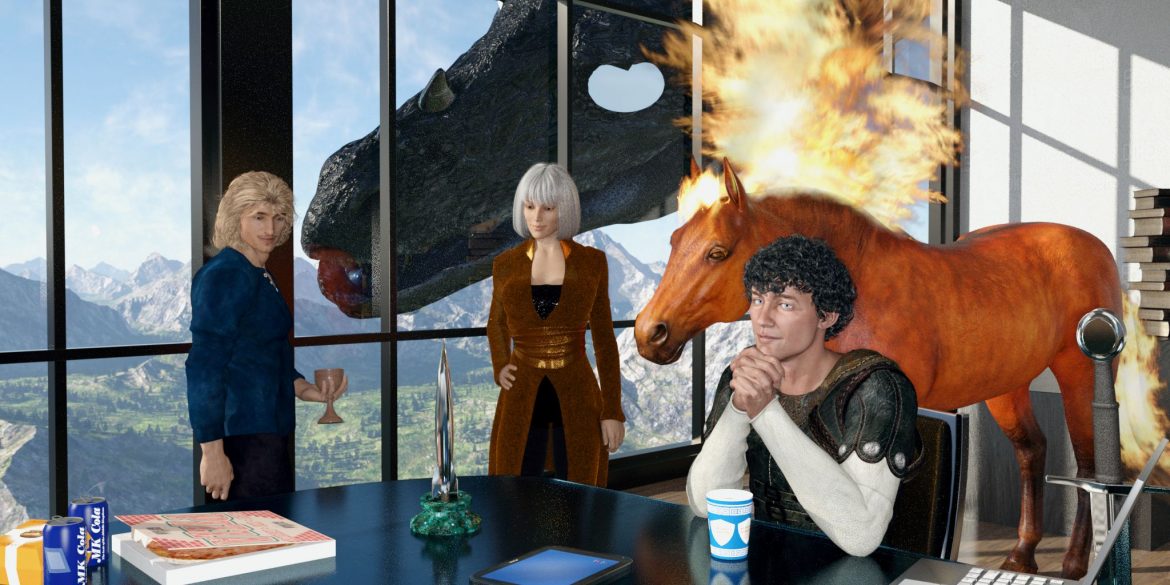 (Above: the Five contemplate a Hugo Award, or at least something that looks like one)

So it’s that time of year when nominations open up for the World Science Fiction Society’s Hugo Awards, and it turns out that work of mine is eligible to be nominated for one in 2019. (I confess to being a little excited, since some of my earliest work is involved — not to mention my very earliest award-nominated work — in a universe for which I have something of a soft spot.)

The first three works in the Tale of the Five series total approximately 330,000 words. The first bridging novella, Tales of the Five: The Levin-Gad, was published in August 2018. (The other four works in the bridging sequence will be published during 2019 and 2020.)

To make it easier for people to decide whether they’re interested in nominating the Tale of the Five for the 2019 Best Series award, all the nominatable (…’nominable?’ whatever…) works are available at a deep discount (75% off) at our store at Ebooks Direct. Please use this link so you’ll see the info on how to get the discount. (The trilogy is also available at Amazon, but not discounted. The first bridging novella is available exclusively at Ebooks Direct, and while it will become available at Amazon when the other four are complete, by then nominations will have closed.) The discount will last until Hugo nominations close on March 15th at 11:59 (US) PST.