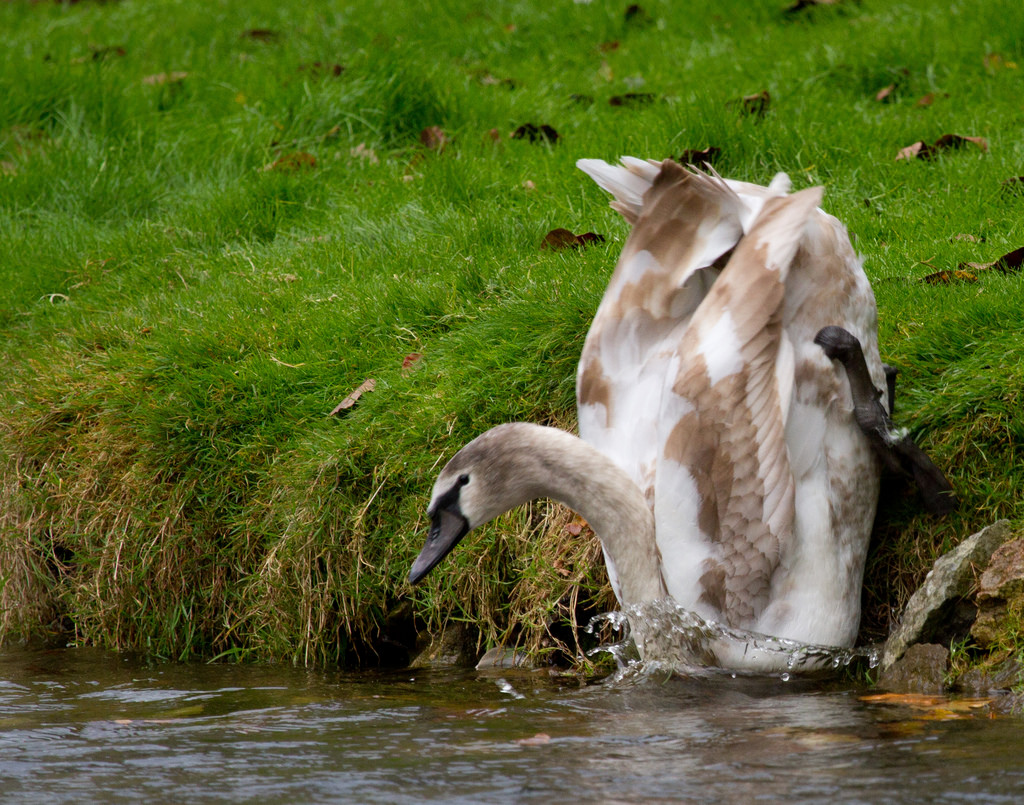 I’m about to have a strange conversation with Peter when he wakes up.

DD: That yellow towel in the bathroom? Put it in the wash.

PM: What? Why? It was just washed yesterday.

DD: Yeah, that was before I had to go out and throw it over a swan.

One of the juvenile swans who hang around the pond behind our house somehow got out of the field and into the road, and was walking up and down trying to figure out how to get back where it belonged. A number of casual drivers had pulled up and parked and were waving other traffic away from it while they tried to figure out how to get it to safety.

All the gates to the field were locked and we don’t have any of the keys, so I wound up dropping one of our bath sheets and a blanket that one of the drivers had brought over the swan, wrapping it up well (the wings were my main concern). We were helped by the swan being a bit young and uncertain: by the time it would have started arguing the point, its head was already covered and it couldn’t see what to do – so it went quiet.

I picked it up and carried it to a spot where the fence into the field was low enough to drop it over. At that point some hissing was beginning from inside the bundle, so the timing was right to lean over the fence and shake the swan out of the wrappings. It landed on its feet, waved its wings around a bit and then headed in the general direction of the pond, looking faintly embarrassed but otherwise none the worse for wear.

So the various drivers and I congratulated one another and went about our business. Just another exciting day in the country…