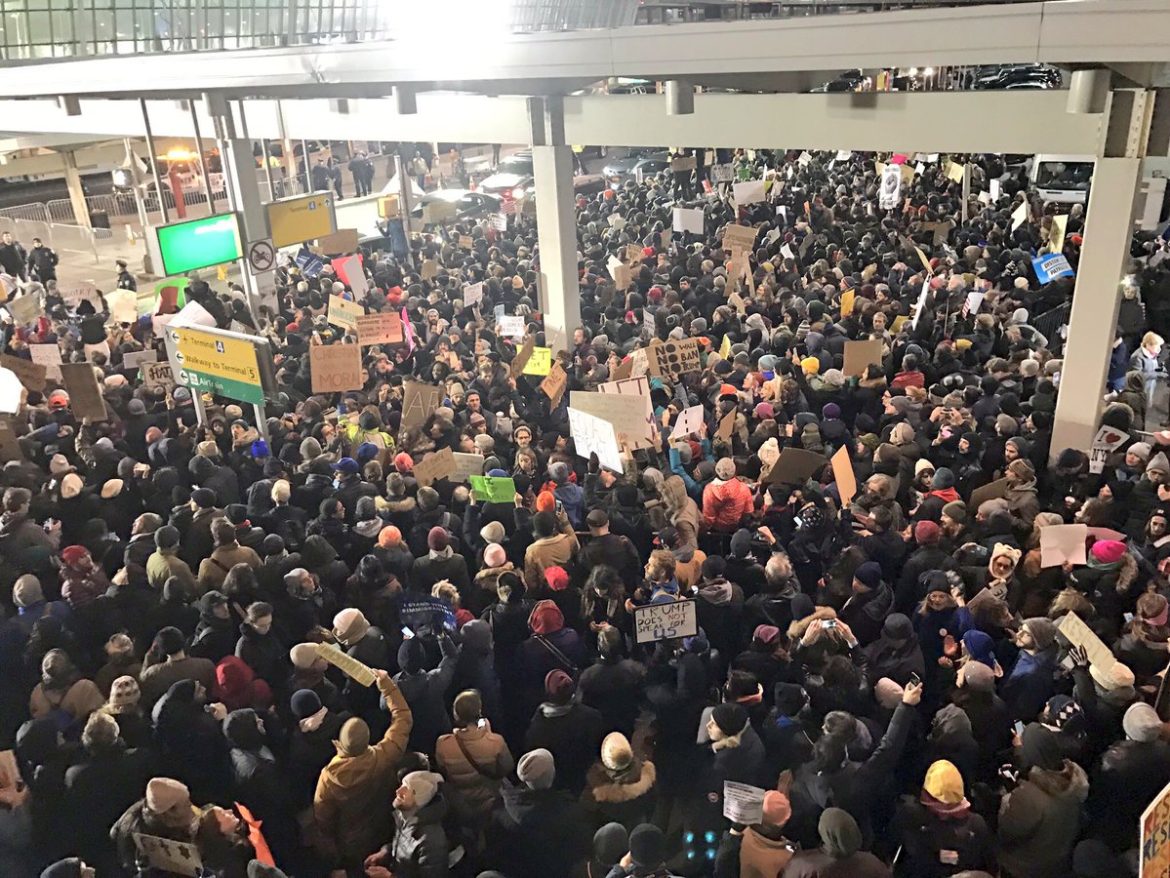 It’s such an overused term, these last few years. It was originally a technique for achieving a fuller view of the world-as-it-is and a deeper sense of one’s place in that always-fugitive here and now.  But more recently it’s been co-opted as a technique for improving work output in corporate settings — a use that’s probably about as far from its original purpose as can be imagined.

The world shifts. You can try to avoid seeing how it’s shifted, how it keeps on shifting — but (in my experience, anyway) that’s a mistake. Turn your head away for too long and when you feel like turning it back again, some new and bigger shift has come that’s twice as hard to deal with as it would have been if you’d kept watching.

I don’t think anyone with interests based in the United States can have failed to notice, in the last week or so, how fast the status quo is shifting under all our feet. To say the trends are alarming is (for me) putting it pretty mildly.

The place where the effects of the shift are unfolding most rapidly is on Twitter. Now, normally Twitter is a place where I spend time in a relatively lighthearted mode, and so when I tweet and retweet there tends to be a lot of art and graphics and photos I like, and news about ongoing writing projects and sales at Ebooks Direct*, as well as Irish news and weird-or-strange news, and travel and cooking and other similar subjects that affect me personally at the European end of things.

Now, since the middle of last year, with the Brexit situation ongoing — and its fallout onto and into Ireland, like the results of a very very slowly growing mushroom cloud — and then the US election, the seriousness-level of my Twitter feed has been increasing. It’s been unavoidable, really, but I’ve tried to maintain a general balance.

The events of the last week have shifted my attention pretty hard, though, and this too is unavoidable. Even at a great distance, I take my US citizenship seriously. When I see the country I grew up in being twisted into unconscionable new shapes, my Twitter feed’s going to reflect my opinions about that and those of others I think need listening to.

I doubt that people who follow me because of an interest in my written work will jump ship just because I’m being mindful of something besides writing and mass media and entertainment. And what I am very mindful of right now is those people who went through the already-significant vetting it takes to get a green card in the post-2001 world, people who went abroad on holiday or to see relatives or for other reasons more urgent, and have suddenly discovered they can’t get home to their families again. I’m mindful of legally-issued court orders that US officials are refusing to obey. I’m mindful of spite and bigotry and stupidity running loose in places where they should never have been permitted access. I’m mindful of Angela Merkel having to explain the Geneva refugee convention to the present inhabitant of the Oval Office. I’m mindful of people who’ve escaped death in other countries and were hoping for peace and a chance to start over in the US, now most likely being shipped back — very possibly to their deaths — without due process. I’m mindful of all kinds of things, norms of law and behavior that we’ve taken for granted for a long time, apparently starting to unravel — thus demonstrating how institutions that seem robust may prove terrifyingly susceptible to accidental or purposeful sabotage by the reckless or thoughtless or cruel.

I have to be mindful of these things when I notice them, at the cost of betraying the priorities that make me write what I do, and the way I do. So if you’re someone who hangs around my Twitter feed mostly for entertainment and you find this level of mindfulness troubling, then I invite you to mute me for a while and come back later to see if the environment suits you better.

I make no guarantees about this, mind you. What passed for normalcy just a month ago now suddenly seems lost in a distant golden past — and if I bear weight on the concept of what might happen tomorrow, I can already hear thin ice cracking underfoot.  So I’ll react to new events as I must. But I can promise that I’ll keep on working, and keep letting folks know how it’s going when there’s news on something new. Right now it seems important — when anyone comes looking —  for me to be found at my post, doing what I’ve been doing for the last few decades: telling stories that will give both you and me something else to be mindful of… if only for short periods.

If (under the circumstances) your preference is to stop paying attention to my Twitter feed, then go well, and look out for yourself. You’ll be missed. If you’re sticking around, though, strap in and we’ll make what we can of the ride together. Your company’s very welcome, even if  things around here get so busy that I can’t tell you so myself.

And a final note, in a slightly more typical mode. Try this cupcake recipe; it’s really good even without the frosting. Nobody can be mindful all the time, and while I was in the middle of typing this up I said to myself, “Screw this, I need some chocolate.” …Also, hot tip: I didn’t have quite enough cocoa for the recipe, so Peter suggested I top up  the amount by adding Americano-style coffee powder. My God did that work out well. (I just had one with nothing but sour cream on it, and it was fabulous.) Give it a shot.

*Yes, we’re having one at the moment. Go take advantage if you like.

Forbes: not a bad way to start the day