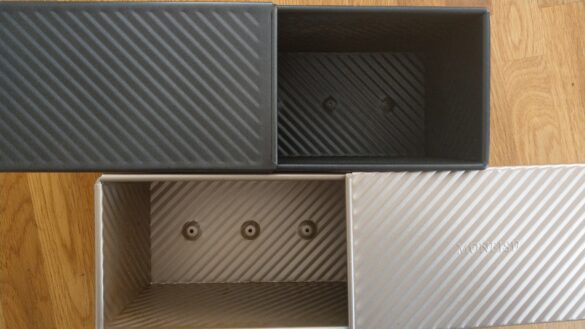 We’ve been using the standard garden-variety North American style of home bread-baking pan for a long time, but there comes a moment when you realize suddenly that you’ve been using the wrong tool to produce the effect you want, and you start looking around for something that’ll do the job better.

In particular, though high-risen loaves with domed tops are undeniably lovely, Peter and I found that about half the time the loaves we made in the standard bread pan were showing a preference (once they’d risen to the pan’s top) for, during the further rise, expanding sideways rather than upwards. With more highly hydrated doughs, this definitely turns into a problem. The loaf-in-process sags over the sides of the pan while it’s baking, and afterwards you wind up having to chop the sides off it so that slices will fit into the slots in the toaster… altogether a most unseemly business. So we started looking for taller-sided baking pans that would give the rising dough more support in the upwards direction.

The first thing we tried was a lidded baking pan/baking tin from a US maker now long associated with this type of bread pan: a “Pullman pan”, so called because it was the type of bread pan used in the kitchens of Pullman train cars. (The style turns out to be far older than its use on the railway, though. European bakers were producing so-called pain de mie, “bread made for its crumb” [rather than its crust], for at least two centuries previous. This was the preferred bread for premium sandwiches, canapes, croutons, and toast.)

At any rate, the pan we got from the US company was well made, heavy, and baked a good loaf. But it was both bigger than we needed—loaves made with it wound up needing to be cut in half to fit in our bread box—and also a bit fractious: sometimes difficult to shut, and also often difficult to open. This got frustrating. After a while we passed the USA pan to friends at a local pub/B&B, and went back to the “regular” loaf pans for the time being.

Recently, though, one or the other of us spotted the items below on Amazon. They’re available from numerous different retailers, leading me to believe that they’re being manufactured by one or two companies in China under different badges or marques for different retailers.

This style of pan is available in various sizes and materials, so we decided to get a couple of the smaller ones—essentially one-pound loaf pans—and see how they worked. They come in both steel and aluminum versions.

Here’s the steel one:

And here’s the aluminum one:

...So we sent for them, and along they came. We’ve been testing them for some days now, and briefly: they’re terrific. 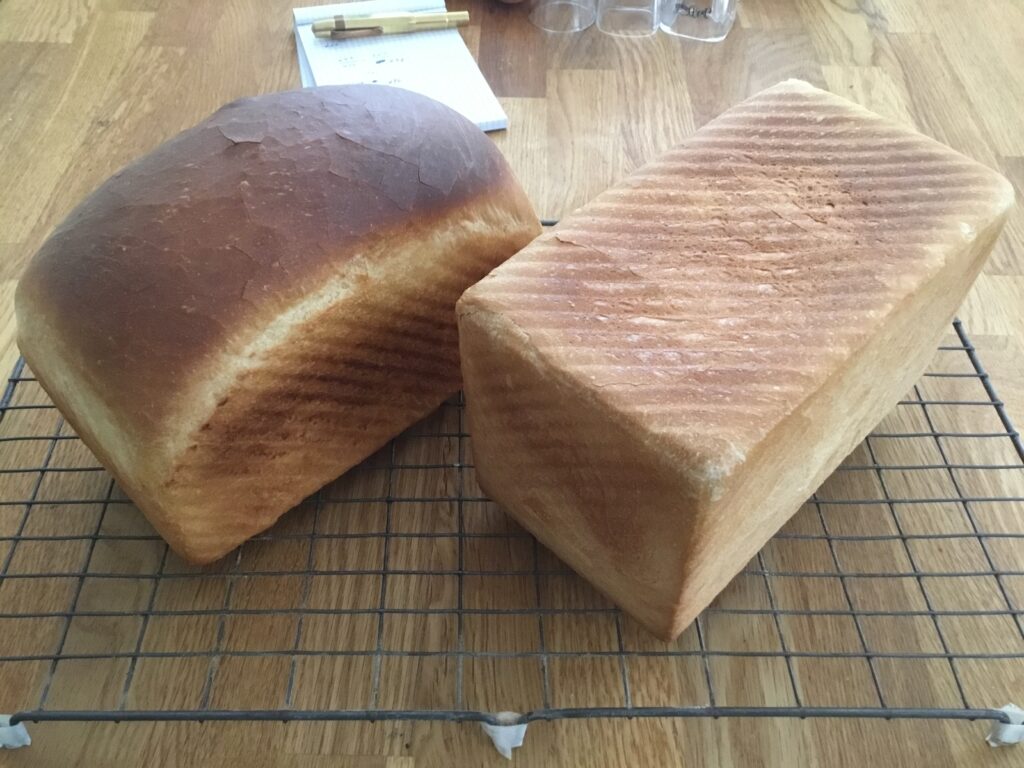 As regards materials: the aluminum pan weighs 405g: the steel one weighs 624g. It’s going to take more testing, over more time, to determine which of them does a better crust on the bread (though again, since these are pain de mie pans, the crust isn’t really meant to be the main act).

These pans are both rated for a 450g loaf….though, again, it’s going to take some testing to see how much leeway there is in this rating. Some of the recipes we use produce denser loaves than the house recipe for Just Plain Old White Bread. That, though, is the recipe we’re using at the moment for testing purposes.

The thing to warn you about in advance, if you get these, is that right out of the box, the non-stick coating on these is SERIOUS BUSINESS. The pans will Zamboni around with alarming slidiness on any kitchen surface where you place them. You don’t dare pick them up without having a firm grip on both the pan and the lid, as (given the slightest opportunity) the lid will slide right off the pan and head for points unknown.

Frankly, though, as a baker who’s dealt in her time with more than enough annoyingly sticky pans that should have been nonsticky, this is kind of a refreshing change. I’m going to be interested to see how long this phase lasts and how durable the nonstick coating is.

The important thing, though, is how readily freshly baked bread comes out of these. And the answer is: very readily. Tip them over and the new-baked loaf just kind of falls out. Though the docs suggest that the pans should be greased (indeed, buttered…), it’s looking like there’s no need for that at all. It might prove necessary to grease them when you’re baking things that have a lot of sugar involved in them. I’m thinking about testing the household seed cake recipe in one of these shortly to see how it behaves.

Anyway, here are some pictures, so you can see how these compare, size-wise, to the normal-size bread pan: and how a loaf baked yesterday with the lid off looks. …A note about those three little holes you can see at the bottoms of the pans: those are apparently for air circulation. I have yet to see whether there’s a problem with doing a very wet batter bread in one of these, but I’ll test that soon and add notes on it here.

For those who might be interested in getting their hands on one of these: hope this helps! 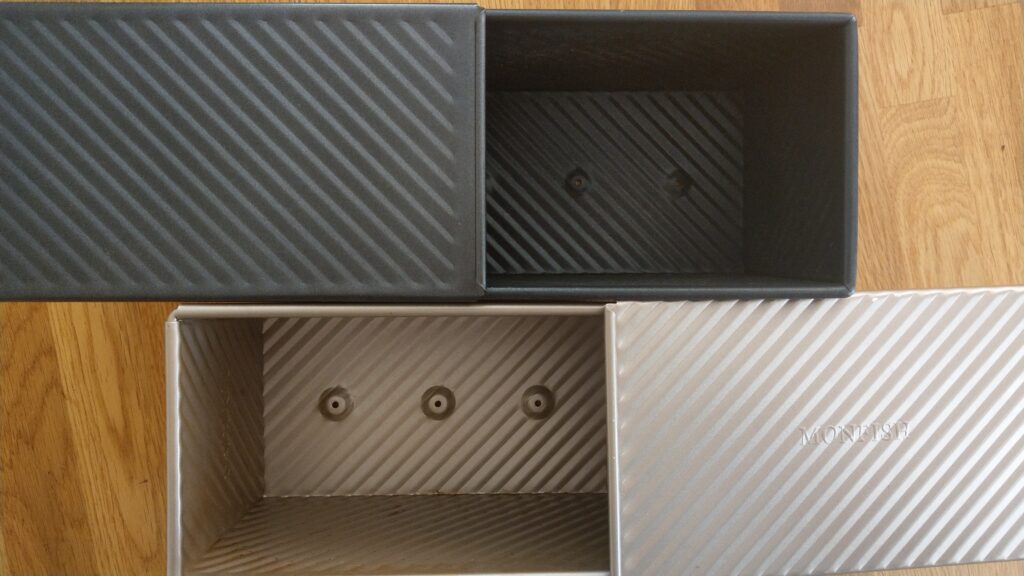 (Above: the pans themselves, with the little spiracle-like air holes visible…) 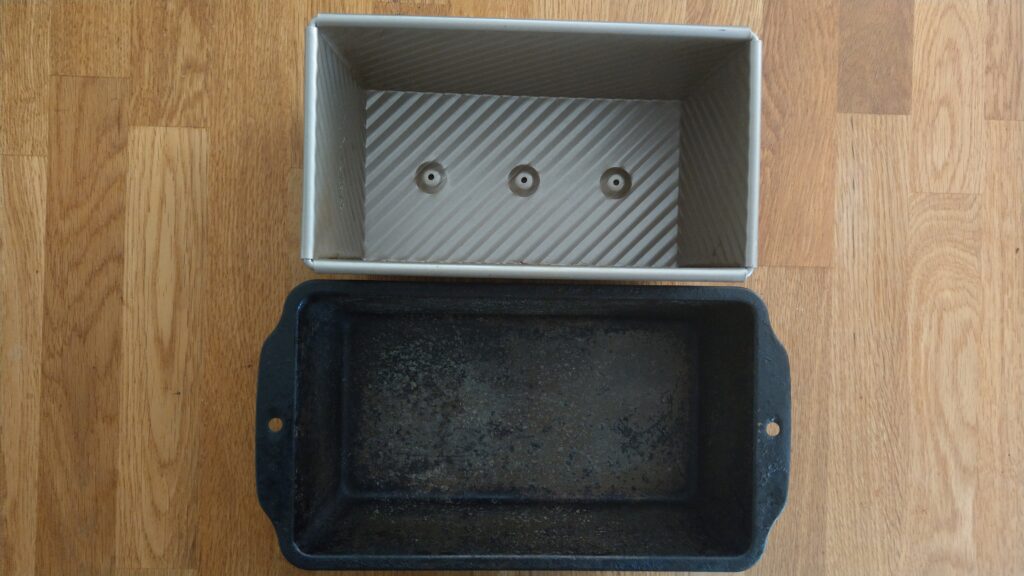 Above: one of the pans compared to a typical non-lidded loaf pan.

And below:  the result when we sliced open the latest non-lidded bake... 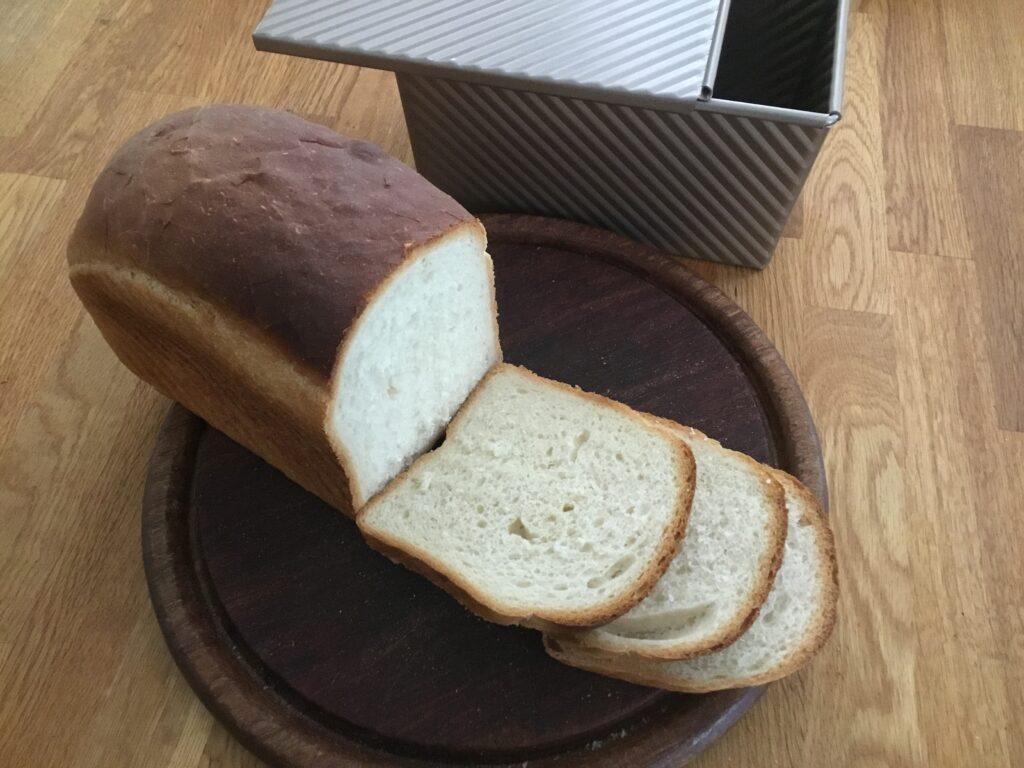 (PS—disclosure: we’re members of the Amazon Associates plan, so if you use one of the lnks above to buy one of these, we get a wee tiny commission. …But you probably knew that. Just saying…)

When even blank paper is not allowed. Protest in Hangzhou, Nov 28.

Teachers & librarians! Want to Zoom with an author or illustrator for World Read Aloud Day on February 1st? Here are some amazing opportunities - including a list of more than 200 authors & illustrators volunteering their time on that day! https://katemessner.com/zoom-with-an-author-or-illustrator-on-world-read-aloud-day-2023/