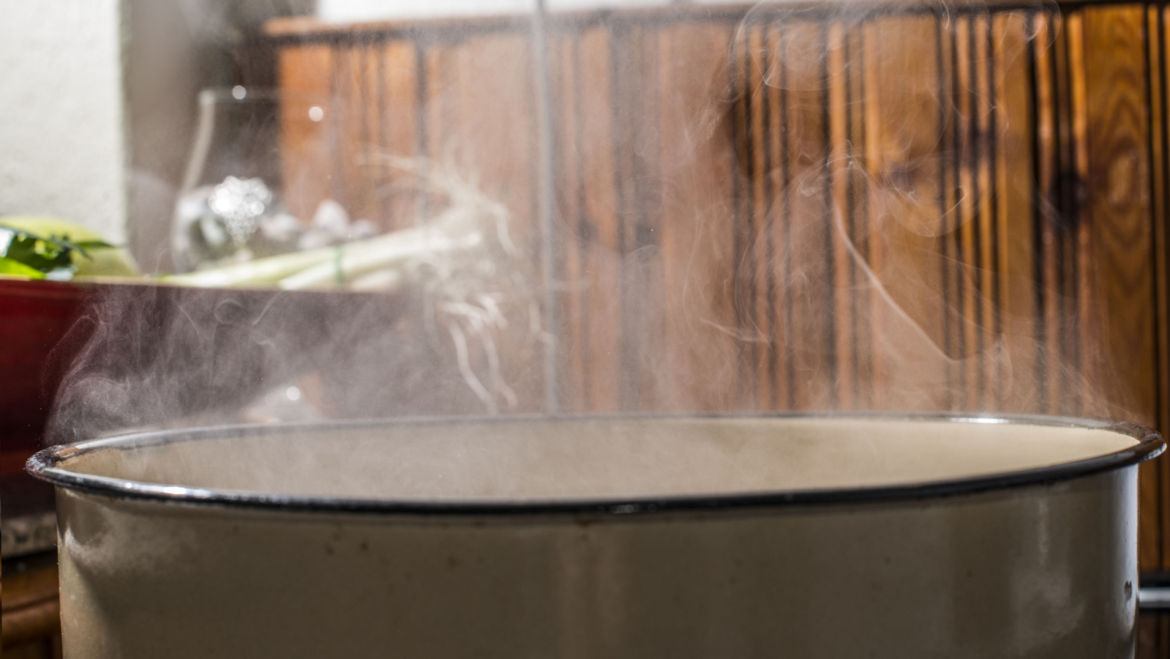 It’s just one of those words a cook really needs. Merci, la France…

Les petits plats qui mijotent au coin du feu is a phrase that is used like a word and it rarely fails to garnish a conversation about food. It would be unfair to accuse those who use it – albeit at times as a crutch – of leaning on a vain cliche, for they know it – or sense it – to be a magical formula: the incantational touchspring that unites a diverse people in a single reaction. It means “slow-cooking stews”, but it symbolizes “the good life” and somewhere, shadow-like, behind its words lies a half-remembered state of voluptuous, total well-being (”Là, tout n’est qu’ordre et beauté, luxe, calme et volupté”).

Le coin du feu is the hearth that, even for those who have never known it, recalls the security of the family united before it in warmth. But the magic word in the magical phrase is mijoter. It describes that condition of near suspension in which there is, nonetheless, a whispering movement, a tiny bubble rising here and there to break a stew’s still surface – and it means, at the same time, a slow ripening. The comfortable satisfaction felt upon lifting a lid and glancing at a stew’s surface – the sense that, merely because a liquid’s surface is sustained at precisely the right point of hardly perceptible movement, all is well, the stew’s progress out of one’s hands and its success assured – is familiar to all cooks.