Outlining: one writer’s approach
A project in progress: translating “La Patissière des...
Pulling The Lever
Weird bread
Peter’s Isolation Goulasch
Business As (un)Usual
Not Really Hungarian Pork Chops
At the Ebooks Direct store: everything 50% off...
Playing with Terragen: the Jungfrau Massif
At the Ebooks Direct “office”: A chance meeting
CrossingsCon 2021: We’ve got dates!
Handling Twitter
2020 Hugo Nomination Eligibility: the Tale of the...
From the (theoretically forthcoming) CUISINES AND FOODS OF...
From the Winter Solstice, 2009: “Dancing in the...
Crossing the streams
ebooksEbooks DirectEuropeHumorIrelandWriting 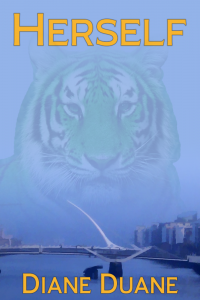 In the heart of Dublin, something is killing the People of the Hills — and it’s going to take Ireland’s only superhero to stop it…

Bloomsday is almost upon us, so here’s a little something to help celebrate the occasion.

“Herself” was originally written for the 2004 anthology of Irish fantasy, Emerald Magic, and differs from most other stories in that anthology in that it’s urban fantasy, set in pre-economic-crash Dublin. It was a very different time, now looked back on in Ireland as often with a kind of loathing as with longing: and the story tells of a danger that walked the streets of the Fair City in those days, and how some of the town’s more unusual residents dealt with it.

Sometimes when Bloomsday rolls around it’s available for reading here (under the cut). It’s gone right now, but  if you’re interested in reading it you can pick up a copy of the collection in which it appears, “Uptown Local” and Other Interventions.