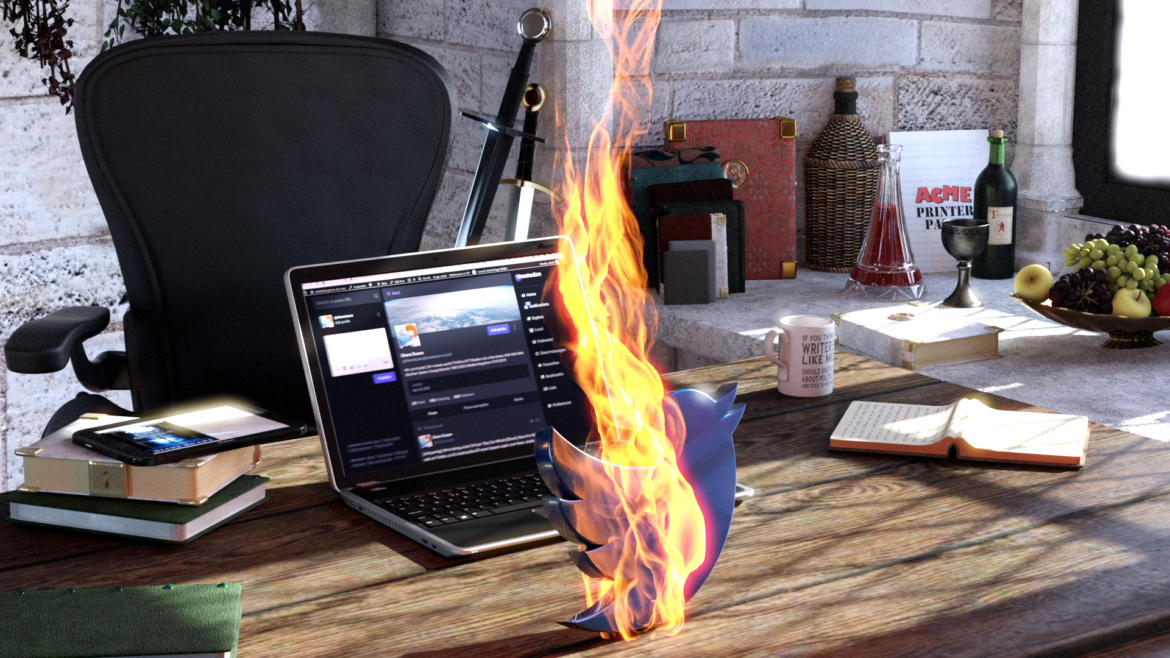 Like a lot of people, I’m in some shock about what’s going on at Twitter right now. The massive firings that started happening in early November (2022) and continue as I write this make it increasingly difficult to work out what’s going to happen there next, and what state that platform’s going to be left in… even in the very short term. For me as for many other writers, the changes already inflicted on this virtual space that has been a meeting-place for so many others in our business are, to put it mildly, concerning.

It’d be possible to spill a whole lot more electrons on that theme, but I’m getting a sense that this isn’t the time. Right now my main concern is making notes of where my many normally-Twitter-based friends can be found online if the service changes significantly, or fails, and letting them know where they can find me.

So below is a list of other platforms and services where I have online presences. Some of them haven’t been used much, or at least not lately—a condition that’s likely to start changing soon. Some are brand new. Some I was was preparing to withdraw from, until this mess started to worsen and it became plain they were still likely to be of use. But now everything’s up in the air...

None of them, of course, perfectly replicate the unique structure and conditions of Twitter, which have contributed so much to making it a great place for writers and publishing people to find one another, teach one another, and support one another. I hate the prospect of having to leave a place that’s come to mean so much to me—especially because of the many friendships and warm acquaintanceships based there. I intend to hang on there as long as I can (though I refuse to pay for a now-valueless blue check when I came by my original one honestly, to keep a convicted identity thief from making further attempts to pretend to be me). And I live in hope that Twitter will somehow last through, or recover from, this bizarre phase.

But should things go completely south, here are other places where I can be found. (I also have a LinkTr.ee account, which will be filled in more completely in the days to come.)

At Tumblr (since 2008), and probably my most frequent daily resort besides Twitter: dduane.tumblr.com. (If you’re not a member and are trying to make contact, click on “ask” at the top of the front page and ID yourself in the message body.)

Older than that, but used only occasionally:

More in this vein over the next day or three…