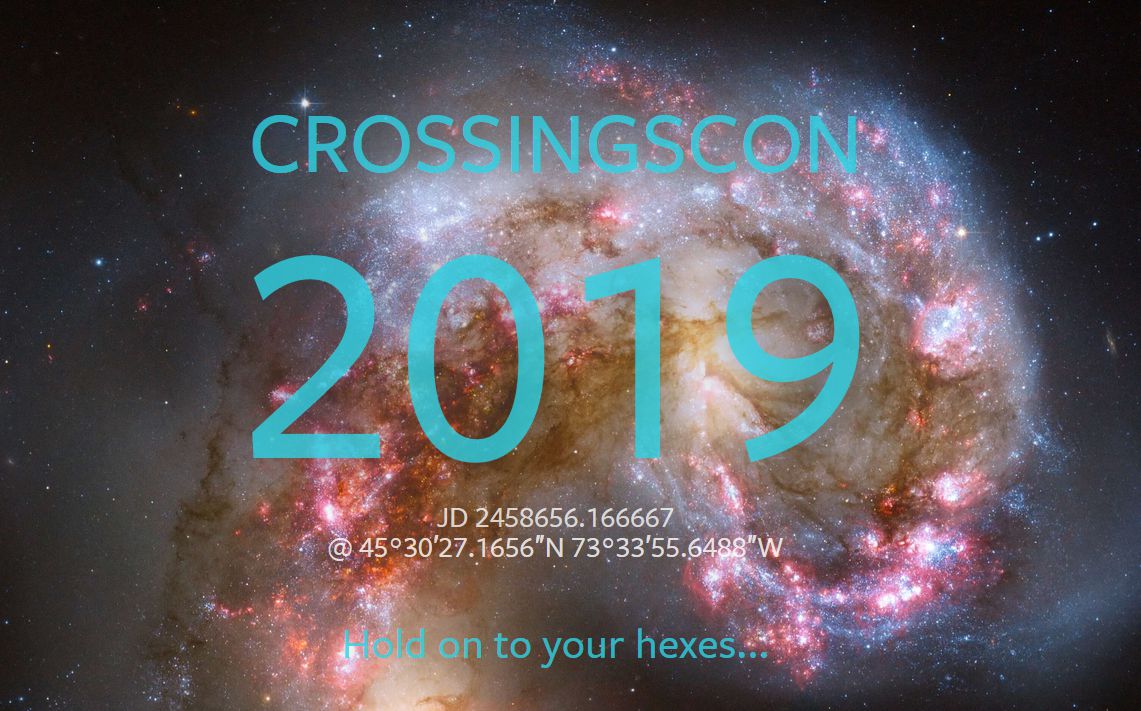 I am absolutely delighted to announce that I’ve been asked to attend 2019’s CrossingsCon — the third incarnation of the world’s only Young Wizards-based sf/fantasy/media convention — and everything’s come together this year so that I can be there. I’m so excited!

The pleasure’s compounded by the fact that this year the convention will be held in a city I like very much indeed but haven’t spent nearly enough time in — Montreal, Canada. The dates are June 21-23, and the convention hotel is the Doubletree Hilton; quite a nice place to stay.

Besides the fun of just being there, I look forward to a weekend of cool events and a lot of socializing with Young Wizards fandom — arguably one of the nicest fandoms in the world. (And it’s a near certainty that a certain amount of poutine will be ingested, not to mention the justly-famous smoked meat sandwiches of Schwartz’s Deli. Peter couldn’t get enough of them last time, and neither could I.)

Over the coming months there’ll be plenty of announcements about the details of what’s going to happen when. You can check for them here or on my Twitter. But for the moment there’s not much to say  but Allons-y, mes cousins!— and I’ll see you around the Summer Solstice in 2019.

2018 Hugo Award eligibility: for those who were asking