Whatever would the Dean say… 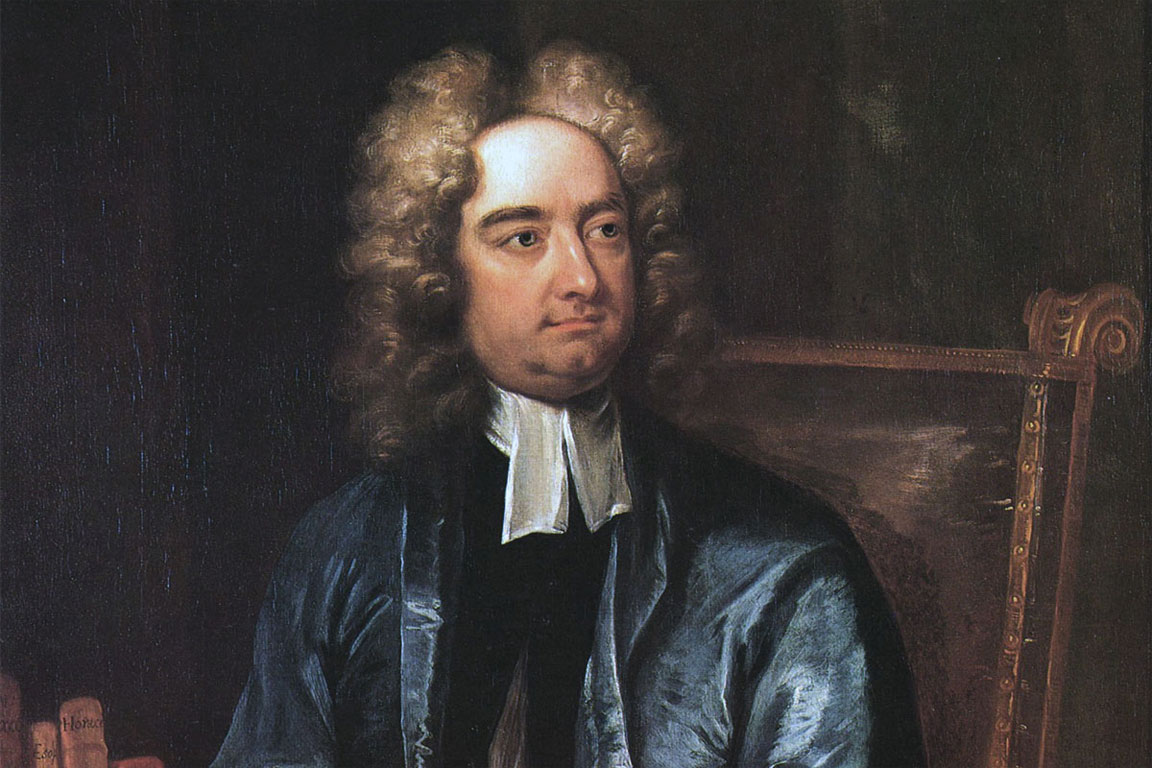 …about what’s going on at the moment*. I mean of course the Dean of Christ Church Cathedral in Dublin, Jonathan Swift — that perfect raconteur, columnist, satirist without peer, and celebrated man of letters of his busy century. He would, I bet, have serious words to say about the last week’s news. Maybe the political establishment of That Other Island should count itself lucky that the man himself is a long time now very much elsewhere — the part of him that mattered ideally being (as it says on the stone in the Cathedral ) “where savage indignation can no longer tear at his heart.”

(surprising me a little that this was just happening now: he’d long since read most everything else T.H. White has written, I’d have thought). 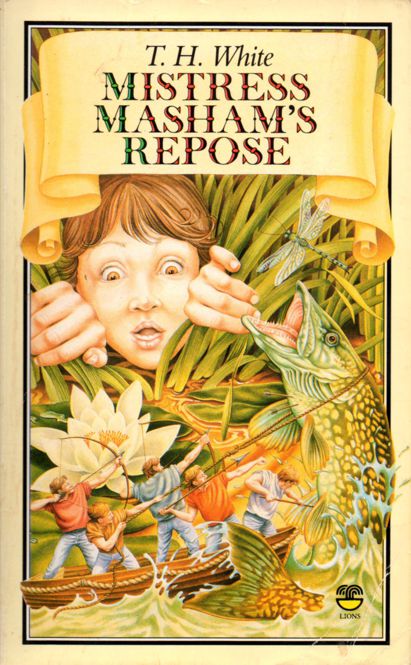 It’s a proto-early-YA novel of a very perfect kind — based in a way on Swift’s Gulliver’s Travels, and purporting to explain some of the truths that the Dean was forced to hide when telling that story. Some of the book’s best parts revolve around White’s clear appreciation of the fact that Gulliver was never meant to be a children’s book — though like much older literature it’s been shoved off into that category, the way other sophisticated literature of earlier times often has been. (It was either Tolkien or Lewis, I forget which, who described this process as being like the way the grownups’ furniture gets exiled to the nursery or the children’s wing when it falls out of fashion.) And neither, when you come right down to it, is Masham’s intended just for kids. (No way they’d ever get all the jokes in there, for one thing.)

There’s one point in Mistress Masham’s Repose where the young girl Maria, who’s been working with the descendants of the unwillingly transported survivors of Lilliput, is talking to her friend the slightly dotty Professor about the silliness of some of the inhabitants of Laputa as described by Swift. “Look at the [scientist] who wanted to get sunbeams out of cucumbers!”

The Professor’s response is straightforward: “Why not? He was only a little before his time. What about cod liver oil and vitamins and all that? We will be getting sunbeams out of cucumbers before we know where we are.” And as Maria reacts to this, the Professor sits down and goes on:

“I think that Dr. Swift was a little foolish… to make fun of people just because they think. There are ninety thousand people in this world who do not think for every one who does, and those people hate the thinkers like poison. …You see, this world is run by ‘practical’ people: that is to say, by people who do not know how to think, have never had any education in thinking, and who do not wish to have it. They get on far better with lies, tub-thumping, swindling, vote-catching, murdering, and the rest of practical politics. So when a person who can think does come along, to tell them what they are doing wrong, or how to put it right, they have to invent some way of slinging mud at him, for fear of losing their power and being forced to do the right thing. So they always screech out with one accord that the advice of this thinker is ‘visionary’, ‘unpractical’, or ‘all right in theory’. Then, when they have discredited his piece of truth with the trick of words, they can settle down to blacken his character in other ways, at leisure, and they are safe to carry on with the wars and miseries which are the result of practical politics. I do not believe that a thinking man like Dr. Swift ought to have helped the practical politicians by poking fun at thinkers, even if he only meant to make fun of the silly ones. Time is revenging itself upon the Dean…”

And so it may be. In any case you could almost wish he was walking the streets of Dublin again and able to tell us — in that so-elegant and occasionally so-vicious prose of his — what he thought of the whole News of the World business, and a business culture in which tabloid employees — I can’t bring myself to characterize the people in question as “journalists” — happily blag their way into the voicemail boxes of grieving parents and kidnapped children for concrete evidence of their suffering that can be exploited to make money.

I wouldn’t be one for believing in mediums — I feel pretty strongly as a rule that the advice of the dead would not be much good to the living. But just this once, if the Powers that Be should authorize it from above, and some speaker-for-the-dead could get in touch with the immortal part of the man who wrote A Modest Proposal, and turn him loose in print on the politicians who have so long suffered one man and his love of money and power to run roughshod over the political process in the United Kingdom and the USA — boy, would that ever be a newspaper I’d buy.

*ETA:  Link leads to the Telegraph’s timeline of the UK phone hacking scandal of 2010-12. When this post was written in 2011, the action was seriously heating up, as the timeline will show.

EbooksDirect customers: new edition of "The Door Into Fire" downloadable