He Whom I'm Getting Tired Of Seeing Named 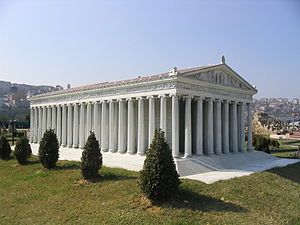 …Not Voldemort, of course. I harbor a certain sneaking affection for a villain who manages to get so much done without a nose, and who has exploited for his benefit a folkloric trope* that the Lone Power (and many another otherworldly archvillain) has used before him: of being one who shouldn’t be named, because the naming either draws the attention of the named, or lends them power.**

Today, though, I’m talking about the man who has just now wrought so much straightforward evil in Norway. Even someone good with words would correctly find themselves struggling to find anything that would come even close to conveying the pain being suffered right now by the relatives of all the people killed by the bomb in Oslo or hunted down and shot on that little island — or any vocabulary sufficient to express the anguish that the survivors are going through right now. Many of them are waking up from surgery for multiple gunshot wounds inflicted on them by someone who purposely chose rounds that would do the most damage — and every one of them, as was reported by a Norwegian surgeon I just saw interviewed, is desperately trying to get to grips with what’s happened to them as soon as they regain consciousness: asking about friends, trying to understand what the hell just happened.  I feel as much for my medical and nursing colleagues there as for their patients. This is a terrible time for all of them.

The most annoying part of all this for me — I say nothing of the tragic results of what seems to be a very well-integrated delusional system constructed over the guts of a decade — is that the man is going to get at least some of what he wants: notoriety. “This is the beginning of the propaganda phase,” he wrote. Nor will it have been all about “saving Europe”, despite his protestations. Implicit in his manifesto, implicit in the part where he says (I paraphrase) that sixty years from now “we’ll all be seen as heroes” — is that he expects to be and looks forward to being famous because of what he’s done.

God, I wish that could be stopped.

I know that we’re in the modern media age, and that — as Peter just said, wandering through the room and glancing in disdain at a passing TV image of the guy in his fancy made-up Knights Templar “uniform” all covered with braid and ribbons for awards that don’t exist —  “It’s too late now: the genie is out of the bottle.” Agreed, of course. But still…

A little earlier, I saw one of the Sky news people, one who normally might have known better, interviewing one of the survivors, a remarkably put-together and well-spoken young gentleman, and trying to draw him out on “how he felt about the attacker”. The young gent, who had visibly been struggling with his emotions while trying to answer the interviewer’s questions, became vehement for just that moment: “I don’t want to think about him,” he said (I’m paraphrasing here as closely as I can). “I wish people wouldn’t be spending so much time thinking about him, talking about him: we should be talking about the people he’s hurt and killed.” The newsreader promptly and wisely went off in another direction with the interview, sounding a bit at a loss (and also sounding, to his credit, a little embarrassed at the rebuke).

…Yesterday at least the murderer didn’t get the platform he wanted, his arraignment being held in camera, sans any uniforms, and the judge apparently giving the man’s desire to explain himself the absolute minimum shrift. Of course, the guy will now console himself with the thought of the trial to come, where his platform will be exposed to the world in all its squalid detail for entirely too long. If there is justice, he will be locked up for way longer than he would have thought possible. (This is already looking likely, as apparently the charge of “crimes against humanity” is being considered, and no way they’re going to put him away for just 20-30 years for that. )

Yet wouldn’t it be wonderful if he could get the absolute minimum of attention as the trial goes forward? Yes, yes, I know the more sensational press will insist on playing it for maximum effect. But in some other  world… we could invoke Herostratus’s Law, and hear as little about this guy’s forthcoming attempted grandstanding as possible.

Never heard of Herostratus? Isn’t that wonderful? That was how it was supposed to work. …Unfortunately one source broke the reporting boycott: otherwise nobody would know.

Herostratus was a glory hound who lived in the fourth century BC. Apparently not being famous really annoyed him, and so on July 21, 356 BC, he did something horrific. He sneaked into the great and beautiful Temple of Artemis at Ephesus, in what is now Turkey — one of the Seven Wonders of the ancient world — and set the place on fire. The building was almost completely destroyed. When the authorities got hold of Herostratus and asked him what on Earth had possessed him, he replied that he’d taken this action specifically so that he would be remembered forever.

On hearing this, the government did two things. They executed him immediately, and then — with an eye to frustrating his desire — they made speaking his name or writing about him a capital offense.

This was surprisingly effective for some time. Unfortunately there’s always somebody who decides to thumb his nose at the Establishment. In this case it was the controversial historian Theopompos, a writer with a gift for sucking up to the powerful (most famously Alexander the Great) and accused by his contemporaries of being a scandalmonger way more interested in his own personal fame than the rights and wrongs of the history he was supposed to be reporting. Theopompos apparently reckoned that he was out of reach of the Ephesians, and spilled the beans in his Hellenics. The main result of this was to associate Herostratus’s name with a single concept: the commission of dreadful crimes for the sake of notoriety.

Anyway: this is a world a long ways in time away from that one, and obviously no such thing will happen to the man now sitting in solitary. In the meantime, the coming days are going to be painful enough as more of the details of the dead and the suffering living come out. But, whatever the media may do,  no one will be hearing that one’s name from me. Now or ever.

*I think it’s probably here in the A500’s somewhere. Sorry I can’t link directly to it, as the Stith-Thompson Motif Index is one of the storyteller’s great friends.

**…It has to be said, though, that the Lone One — should he and Voldemort ever have met, say over dinner — would have been capable of dealing with Voldy between the amuses-bouches and the appetizer, and then would probably have asked to see the wine list one more time.