Two Recipes for Chicken With Lots Of Cloves Of Garlic 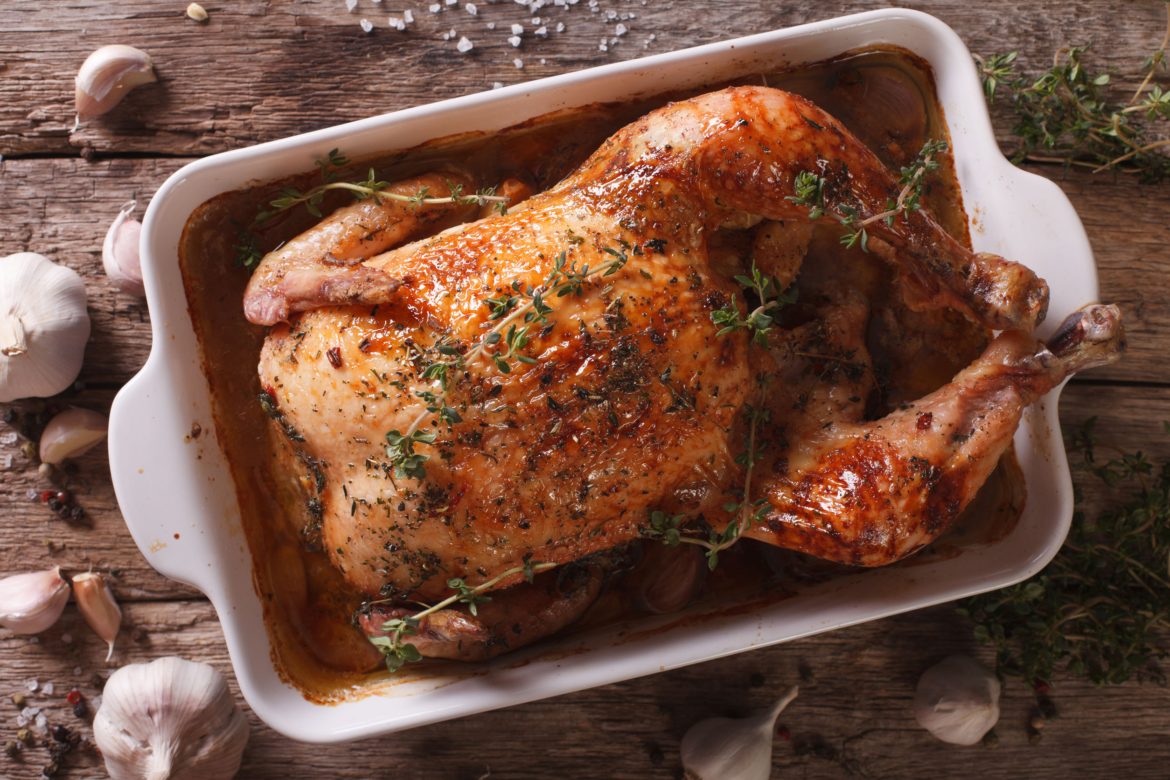 I had an ask-box message from AislinnSiofra on my Tumblr a while back pointing out that both Peter and I have sometimes mentioned making these dishes on our blogs, but never actually given the recipes. Time to remedy that omission.

Both these recipes come from Richard Olney’s fabulous classic cookbook Simple French Food, which I think everybody should have in their collection if they’re interested in cooking at all. It’s not just because Olney’s recipes are wonderful (and they really are). For me, it’s partly a stylistic issue. All through the book he throws away, casually, effortlessly, not so much recipes, but methods for turning out terrific dishes. More than that, though: this was the man who went to court to determine once and for all what part of a recipe was copyrightable, thereby doing all cookbook writers since a signal service. (Short version of the story: it’s not the ingredient list that’s copyrightable, but the description of what to do with the ingredients–the method, and the language of the method. Olney was really tired of his recipes being being ripped off, and with good reason, as his voice as a cookbook writer is unique. So he stood up and went to law over the issue, and all cookbook writers after him should be grateful.)

Anyway! The chicken. These recipes appear back to back on a single page of the Penguin paperback edition of Simple French Food, and though they both have lots of garlic in them, they are as different as night from day. One of them is what you expect of a Garlic-With-Forty-Cloves recipe on first hearing: something brash, rustic, rambunctious, and unapologetically in-your-face. The other is a far subtler business — the first chance most people ever get, I think, to experience garlic as a root vegetable, with its aggressiveness tamed but not entirely banished. Both recipes are really good. I encourage all readers of this post to try both and find out which they like better.

Here’s the first one, which in Olney is simply titled:

Chuck the whole lot of this excerpt the herbs into a casserole. Turn or stir to coat everything with the oil. Shove the herbs into the center and fill all the other spaces with garlic cloves.

Make a thick, solid sealing dough with flour and water and a little oil. Roll it out sausage-like on a work surface, wet the casserole edges a little, press the rope of dough around it, and shove the lid down on top. Bake at 350F/180C for 45 minutes. Bring it to the table and break the seal there.

Olney adds, “The garlic, squeezed from its hull and spread onto grilled crisp slices of rough country bread as one eats the chicken, will be appreciated by all who do not share the mental antigarlic quirk; if the bread can be grilled over hot coals, the light smoky flavor will be found to marry particularly well with the garlic puree. …For variety’s sake, turn, quarter and choke 3 or 4 tender young artichokes, coating them immediately in the recipe’s olive oil before mixing all the ingredients together.”

…I love the way he just adds that afterthought.

Now the other one:

“The lemon and garlic alliance,” Olney says, “is borrowed from French Catalan cooking. Were the dish prepared in that country, Banyuls, a fortified wine vinified in much the same way as Port, would replace the white wine in this recipe.

“To create tidy shapes that cook evenly and do not sprawl in the pan, cut the knob-ends from the drumsticks and, pulling the skin to one side so as not to cut into it, partially sever the joint between each thigh and drumstick, cutting through the tendons without separating the two pieces.

“Serve a plain, uncondimented pilaf or parboiled and steamed rice as an accompaniment.”

“Poach the parboiled garlic cloves for about 40 minutes in the stock, covered, kept at a slight simmer.

“Color the seasoned chicken legs in butter over medium heat (20-25 minutes) and transfer them to an oven casserole. Strain the stock to remove the garlic cloves, taking care not to damage them. Scatter the garlic over the chicken pieces, distribute the lemon slices, and put the casserole aside, covered, until the sauce is prepared.

“Remove any excess fat from the pan in which the chicken was browned (leaving just enough to absorb the flour), add the flour and cook, stirring, over low heat for a few moments. Deglaze with the white wine over high heat, stirring and scraping with a wooden spoon; add the stock, and pour into a small saucepan: this is important, the small surface permitting a more rapid and complete skimming and degreasing of the sauce while preventing, at the same time, an exaggerated reduction. Skim for about 15 minutes, removing any traces of loose fat from the surface with absorbent paper. Pour the sauce over the chicken and its garnish and cook, covered, in a 375F / 190C oven for 40 to 45 minutes. The lemon will have completely disappeared into the sauce; the garlic cloves should be absolutely intact with a consistency of melting purée; the sauce must be tasted to be believed.”

…He’s not kidding.  This dish is sublime. When you press one of these garlic cloves between your tongue and the roof of your mouth, it just kind of goes away in a little soft explosion of the mildest and subtlest imaginable garlic flavor.

Just one warning note about this dish, though. It will almost certainly give you the most aggressively garlicky farts you have ever experienced. (“Technicolor farts,” Peter calls them.) If you’re going to be in an enclosed space within eight hours or so with someone you want to torment, this is the recipe for you. …Otherwise, just make sure everyone in the area gets some, and you can all tease each other about the results when enough time after dinner has gone by.

(PS: Apologies that we don’t seem to have any shots of either of these dishes in the digital image collection — I think what ones we had were caught in a disk crash some time back. We’re going to be cooking both of these next week so we can get new shots of them. Meanwhile, please bear with the stock photography…)

The Transcendent Pig on Air Guitar