So last night I was working late-ish, and it occurred to me that this would be a good time to bake some bread. In particular I wanted to test the Odlums “strong white” bread flour to see how it behaved with the enhanced white bread recipe* I’ve been playing with, and how it stacked up against the Hovis “super strong” bread flour that I normally use.

The making actually only takes abut fifteen minutes: throw the ingredients together, then knead for six minutes at slow speed with the dough hook and six minutes at higher speed. Put it in a greased bowl, walk away. Back to work.

…Or theoretically back to work. When I sat down at the machine again I had a quick look at my Twitter feed and saw this:

Two things immediately occurred to me: (a) this was someone I had the pleasure of meeting way back when and hadn’t crossed paths with since, and (b) that was one mean-looking squirrel. So I tweeted him and we got to chatting.

And I forgot all about the bread, having (a little earlier) punched it down and shoved it in a loaf pan. (Forgot about the work, also, for the moment. But the bread was more likely to get stroppy in the very short term.) When I went back in the kitchen it was climbing out of the loaf pan in a very determined way. (Seriously, it shouldn’t get that high before you bake it…)

Anyway, it all came right in the end. This is how that loaf came out… 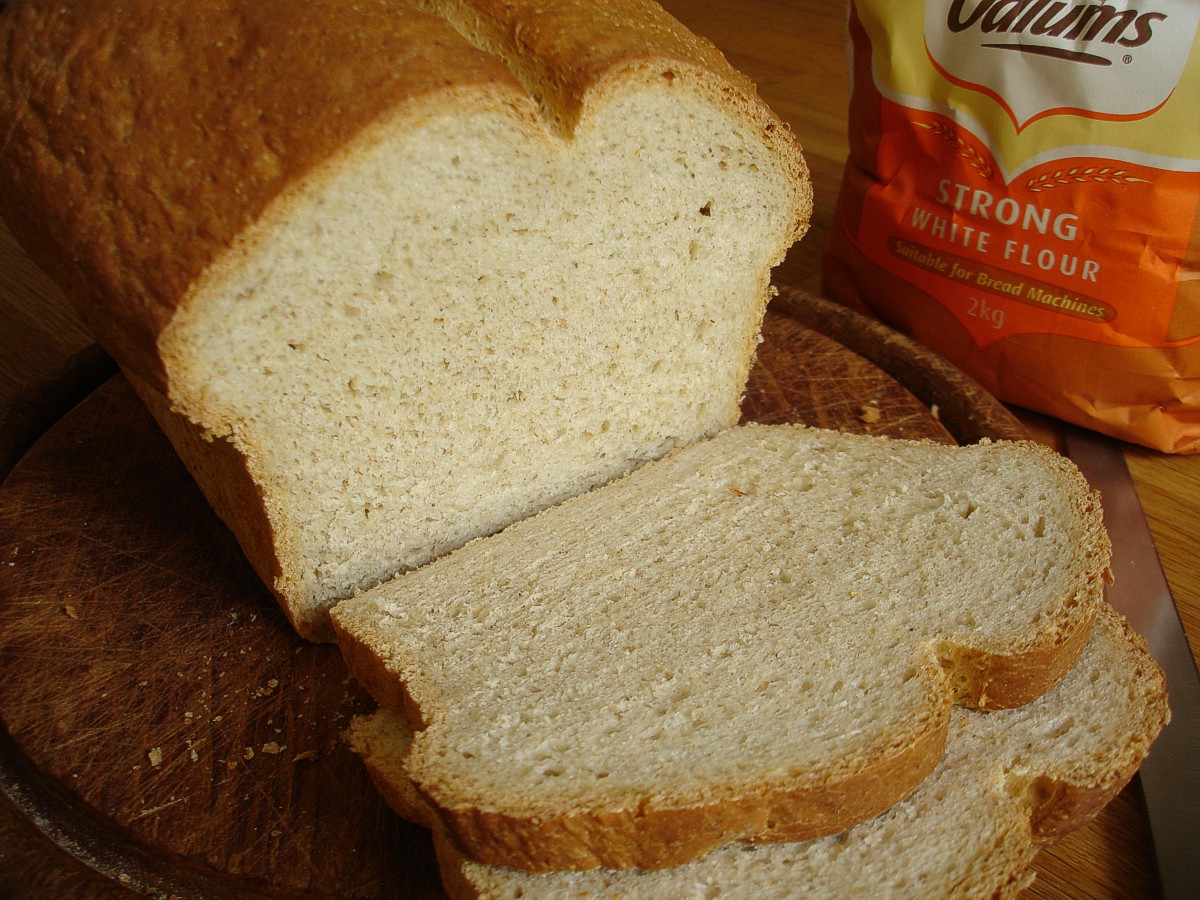 Not too bad. Taste testing comes later in the day.

*The enhancement: add 50g of oat bran and 50g of wheat germ to the basic Tessinerbrot recipe. This produces a bread in the “soft white/whole wheat” category beloved of marketers trying to get some kind of wholegrain content into breads that don’t look like they’ve got any, so that kids will [theoretically] eat them.

(See also this entry.  I think this may have the wrong picture attached to it: seriously, this bread always rises like crazy.)

In the “Something’s A Bit Wrong With This Sentence” department…