From our place: the plain old everyday bread recipe 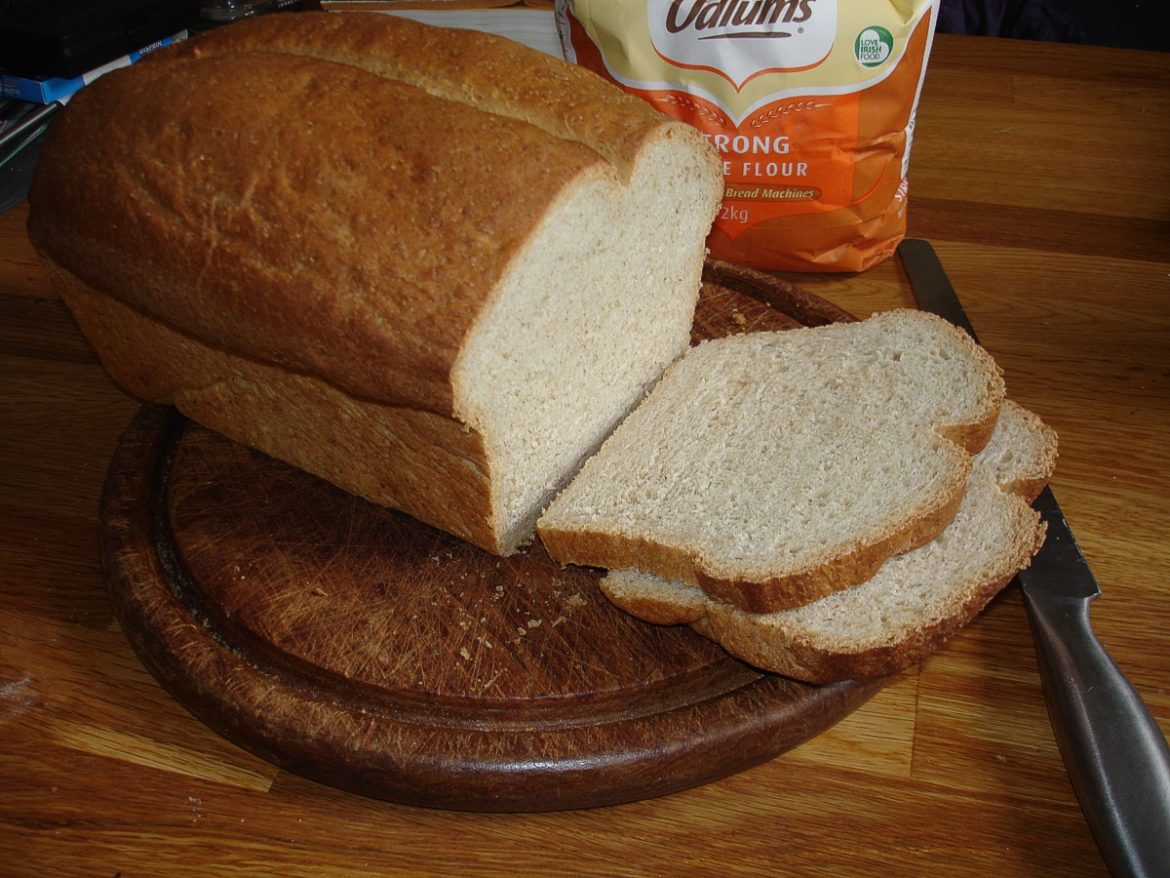 This is the bread I make when storebought just won’t cut it (often…) and when I’ve got a few hours to spare to make something that toasts well and will be good to nosh on while writing.  It’s a substantial bread with a tender crumb and stacks up well against white “pan” breads you might get at an artisanal bakery. You can also bake it “in the pot” for a more rustic look and feel.

The basic recipe came from the website of Bäckerei Sieber (ETA: now gone, alas, and their domain bought by some gaming site, ffs…) in Au, a town in Canton St. Gallen in Switzerland. The recipe itself is for a Tessinerbrot or “bread from Ticino”. Down in that southern canton the Roman breadmaking techniques have persisted unusually tenaciously, and since Roman bread (especially when baked by Spanish-Roman bakers) had a deserved reputation for being very high-end indeed, this is a good thing. The bread in the image is the plain white-bread version of this recipe, but you can tweak it by altering the flours (swapping in 60-100 g of rye, wholemeal, what have you) or adding flavorings like caraway. I also often add oat bran to mine for a little extra fiber.  I recommend you try the plain white version first and then experiment, always being careful to keep the gluten-y flour to about 2/3 or 3/4 of the total.

This recipe manages its ingredients by weight rather than volume–an approach that does seem to get around the problem of how much moisture your local flour is in a mood to absorb today. One caveat:  this dough tends toward the wet / sticky end of the bread dough spectrum, so it’s really easier made in a mixer with a dough hook.  Also, my version of the recipe can also use the bake-it-in-a-preheated-pot technique which derives from the famous Lahey / New York Times no-knead bread recipe. Pot baking produces a higher rise than usual and a really nice crust. But it’s by no means a requirement if you can’t be bothered, and most of the time I just shove it in a regular loaf pan and bake it that way.

This recipe makes one big loaf. I’ve baked this in anything from a Romertopf to a single US-style loaf pan (as the one above was) to a 3-liter lidded casserole of enamelled cast iron.

Combine the above in the bowl of your mixer and beat for about 6 minutes on low speed with the dough hook. Then give it another 6 minutes on higher speed. Scrape into a large buttered or oiled bowl, seal with plastic wrap / cling film and set aside in a warm place to rise until doubled.

In about an hour the dough will be about ready to deal with. Here the recipe branches. Punch the dough down very flat and allow it to rest for ten minutes or so.

At the 30-minute point, preheat your oven. If baking in a pot, heat your oven as hot as it will go (220-250C is normal for conventional ovens) and insert the pot and its lid to preheat. (Make sure whatever the pot’s handles are made of can cope with the heat!) If baking in a loaf pan, preheat the oven to 180C /  375F.  (Possibly a little lower, say 10 degrees or so, if you have a fan oven.)

When the oven is ready, if baking in the loaf pan, put it in and bake it for 45 minutes. That’s it! Take it out and cool it on a rack.

If you’re baking the bread in a pot, remove the bottom of the preheated pot or casserole to a heatproof surface, and as quickly and gently as you can — to avoid breaking any more of the CO2 bubbles in the dough than you have to — scrape the dough into the pot. Get the lid out of the oven, cover the pot with it, and fire the whole business back into the oven again. Turn the heat down to 180C / 375F. Bake for 20 minutes: remove the lid: bake for another 20 minutes. And once again, turn out onto a rack to cool. (Miraculously, bread baked using this method will never stick to the pot unless you’re doing a sweet bread that has a lot of sugar in it.)

That’s it. Total labor time for a single loaf of excellent fresh bread is about 1/2 hour (getting the ingredients, minding the mixer while it’s working so it doesn’t jump off the counter, handling the dough…). Elapsed time for the bake is 3 hours or so. During the rise time you can be off doing something else, like weeding the front garden or working on the dialogue between your characters and the snotty new young wizard they’re mentoring. 🙂

This bread toasts brilliantly, by the way. I think I’ll go have some now.

Based on 7 Review(s)
5 FacebookTwitterTumblrEmail