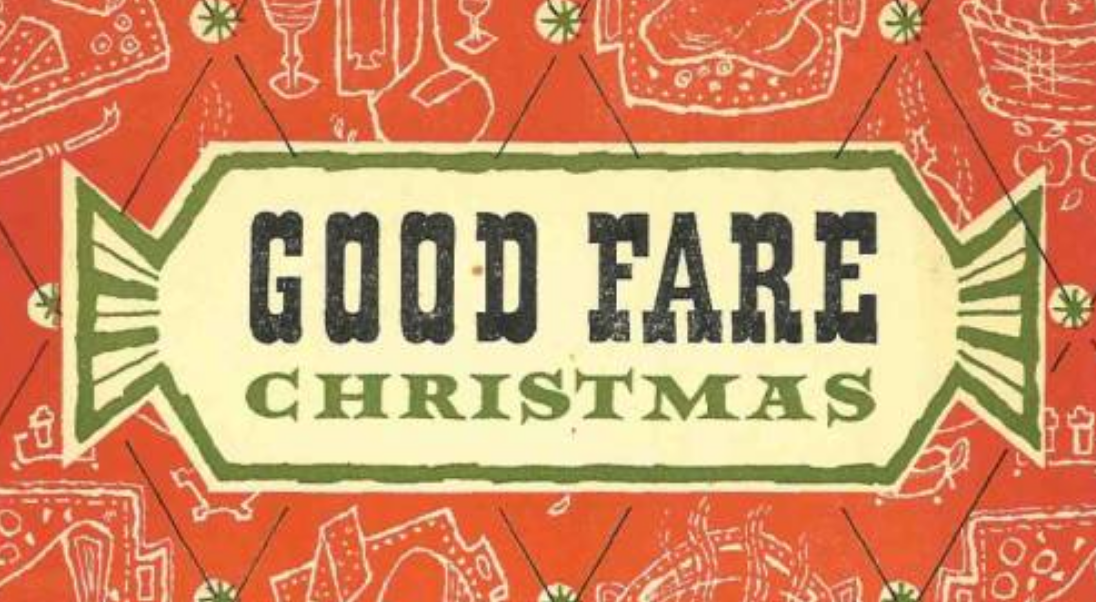 It occurred to me that it’d be smart to import this post from EuropeanCuisines.com, it being the time of year to think about such things.

Some years back, EuroCuisineLady and EuroCuisineGuy went on a cookbook-buying visit to Hay-on-Wye, world-famous Town of Used Bookstores. The return trip nearly broke the suspension of our little Fiat Uno, whose rear end was stuffed full of old cookbooks of every description.

One great pleasure – as always, if you’re a used-book buyer – was finding the unsuspected treasures secreted among the pages:  old articles, notes, the scrawled notations of cooks of years gone by. Sometimes these additions were more unexpected than usual.

Out of one book of UK dairy recipes fell, without warning, a holiday brochure from the Scottish Federation of Grocers’ and Independent Provisioners’ Associations. Some study suggested that it dates back to about 1954 or a little later, that being the earliest postwar date when food rationing would have been over and enough goods would have gotten into the newly replenished stores to make an advertising campaign worthwhile.

The brochure features recipes (among others) for the traditional dense UK-ish Christmas Cake, as well as for the essentially Scots Hogmanay dessert Black Bun, and also has small sections discussing Scottish holiday customs, and some ads for locally available comestibles. There is also a useful check-offable shopping list, and a contest for young readers with a prize of a ten-shilling money order – which was serious money, back in the day.


A table of contents:

As the holiday season approaches, we’ve scanned this brochure and saved it as an Adobe Acrobat .PDF file for download. To prevent strain on our own hosting provider’s servers, we’re hosting the file at our storage space at box.com.